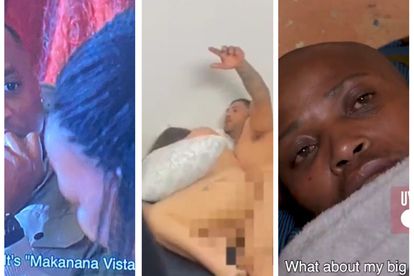 Since the kick-off of season three of the riveting Moja Love reality TV show Uyajola 9/9, Sunday nights have been filled with drama, laughter, and pure entertainment.

Hosted by muso Jub Jub, the show -which is modelled off the US version of Cheaters – has seen its fair share of scandalous moments, which have had us on the edge of our seats.

From muti to pregnant mistresses to promiscuous pastors, Uyajola 9/9 has been one heck of a ride…

Jub Jub promised to give us stellar content on season three of Uyajola 9/9…and boy did he deliver!

These are our Top 5 episodes…

The messy love triangle saw wild accusations being thrown about, and plenty of nude scenes of the secret lovers.

We’re used to seeing threats of muti being thrown around, but last week’s episode saw Jub Jub being cursed by an angry, cheating sangoma!

Pastor discovered with his pants down

A man of God was caught leading several of his female congregants astray after lying and cheating on his wife of 10 years.

What’s worse is that the wife – also a pastor – aired details of their raunchy sex life!

Makanana Vista brings all the boys to the yard

During this unbelievable episode, a woman confessed to using muti on her cheating boyfriend, who accused her of being a “witch”.

The muti – called ‘Makanana Vista – was inserted into her private parts and transferred during oral sex.

Jub Jub unashamedly exposed a naked, intoxicated man who had just engaged in a sexual act with his side chick.