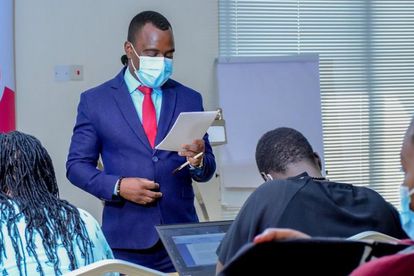 The Ugandan government has suspended the country’s leading gay rights organisation, accusing it of operating illegally in the East African nation, in a move campaigners condemned as “a clear witch-hunt”.

The National Bureau for Non-Governmental Organizations — part of the internal affairs ministry — announced Friday that it had suspended Sexual Minorities Uganda (SMUG) for not registering with the authorities.

“The NGO Bureau has taken the decision to halt the operations of SMUG with immediate effect,”

it said in a statement.

Uganda has strict anti-gay legislation but there have been no prosecutions for consensual same-sex acts in the country in recent years.

The executive director of SMUG, Frank Mugisha, said the suspension was “a clear witch-hunt rooted in systematic homophobia that is fuelled by anti-gay and anti-gender movements”.

A 2012 attempt to register SMUG with the authorities was rejected because the organisation’s name was deemed “undesirable”, the NGO bureau and the non-profit said.

“The refusal to legalise SMUG’s operations… was a clear indicator that the government of Uganda and its agencies are adamant and treat Ugandan gender and sexual minorities as second-class citizens,”

the non-profit said in a statement.

In 2014, a Ugandan court struck down a bill passed by MPs and signed by President Yoweri Museveni that sought to impose life imprisonment for homosexual relations.