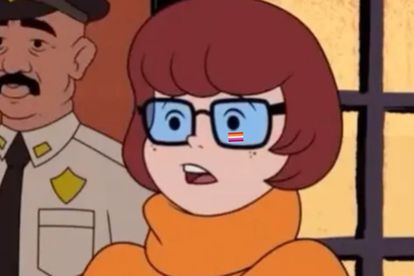 Velma Dinkley from ‘Scooby-Doo’ has come out as lesbian! Image via Twitter @Igbtotd

Velma Dinkley from ‘Scooby-Doo’ has come out as lesbian! Image via Twitter @Igbtotd

Velma Dinkley, a fictional character in the Scooby-Doo series, has been confirmed as lesbian. The LGBTQI+ community shared heartwarming messages on social media after a clip of Velma gushing over another female character, Coco Diablo in Trick or Treat Scooby-Doo! which was released on Tuesday 4 October.

Velma’s character in Scooby-Doo has always been rumoured to be part of the LGBTQI+ community, but fans were never sure of her sexuality. In a now-viral clip posted by Twitter user @MythicalLlamaXO on 4 October, Velma meets Coco Diablo and is completely blown away by her beauty.

Out reports that in 2020, Scooby Doo producer Tony Cervone previously mentioned that Velma is not bisexual, she is gay.

“I obviously don’t represent every version of Velma Dinkley, but I am one of the key people that represents this one. We made our intentions as clear as we could ten years ago. Most of our fans got it. To those that didn’t, I suggest you look closer. There’s no news here,” said Cervone.

After the clip was shared on Twitter, fans were excited about the LGBTQI+ representation in Scooby-Doo.

“This means so much to me!!! It’s been way to f*cking long! Her queerness has been cut from so much of the media she’s been in,” wrote one tweep.

“I remember booking Velma in 2008. It was my first big role in a movie. I also remember thinking ‘I wonder if they know they hired a lesbian as Velma’ here we are, 14 years later,” wrote actress and singer Hayley Kiyoko.

“The gays will always win.”

According to the Scooby-Doo fandom in Trick of Treat Scooby-Doo!  The gang is faced with several challenges as they run into their old enemies. The film stars Frank Welker, Matthew Lillard, Grey DeLisle, Kate Micuuci and Myrna Vellasco.