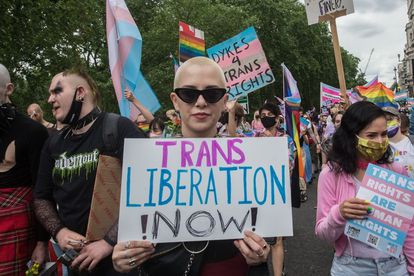 Here is everything you need to know about Transgender Day of Visibility. Image via Getty Images Photographer: Guy Smallman

Here is everything you need to know about Transgender Day of Visibility. Image via Getty Images Photographer: Guy Smallman

31 March marks International Transgender Day of Visibility. The day celebrates transgender people across the globe, raises awareness for transgender people and recognise the community’s achievements over the years. Iranti, an LGBTQI+ advocacy group in South Africa, and Home Affairs will be assisting trans people in changing the gender markers on their identity documents (ID).

THE FOUNDER OF TRANSGENDER DAY OF VISIBILITY

Rachel Crandall a psychotherapist from Michigan, United States founded International Transgender Day of Visibility in 2009. Crandall said she had thought about creating the day for several years.

“I was upset that the only day that we had was Transgender Day of Remembrance (20 November) because I tend to get really depressed on that day.

Since International Transgender Day of Visibility started, the annual event has become larger by the year with several countries getting involved, including South Africa!

HOME AFFAIRS AND IRANTI TEAM UP TO ASSIST TRANS PEOPLE

Iranti, an LGBTQI+ advocacy group, has teamed up with Home Affairs to assist transgender people in applying for new identity documents at their offices in Brixton, Johannesburg. They will also be helping transgender South Africans change the gender markers on their IDs.

Taking to Twitter on Wednesday 30 March, Iranti said they had received a large number of questions from the trans community adding that they will also be assisting individuals in following up on their gender marker applications.

Taking to Twitter, the LGBTQI+ community has shared heartfelt words as the world celebrates International Transgender Day of Visibility.

One tweep wrote: “To my trans friends and family, I see you, I love you. Keep being the brilliant people you are and don’t allow anyone to doubt you.”

“When things seem bleak in the face of coordinated hate, what keeps me going is knowing that the love and solidarity between trans people is a beautiful and powerful thing,” wrote another tweep.

“Every trans and non-binary person has the right to feel visibly safe, seen and understood.”