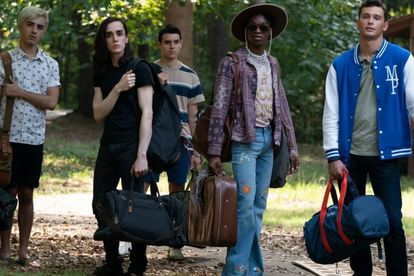 An exciting LGBTQI+ slasher film starring Kevin Bacon is set to be released soon and it has a special message! They/Them, directed by American screenwriter John Logan,  is described as a “queer empowerment story”. The talented filmmaker told Deadline that he wanted to make a film that celebrates queerness.

As per Collider, TheyThem is a horror film that follows a group of teenagers who attend a conversion camp run by Owen Whistler (played by Kevin Bacon).

The film includes a group of diverse members of the LGBTQI+ community including a closeted lesbian, a bisexual camper and a gay jock who is uncertain about what his future would look like after he comes out of the closet.

They/Them has a star-studded production team and includes producer Jason Blum, who worked on Get Out and Scott Turner Schofield who is known for his work on the Zendaya-led HBO series, Euphoria.

The film is set to be released on 5 August.

TAKE A LOOK AT SOME FIRST-LOOK IMAGES

A MOVIE THAT CELEBRATES QUEERNESS

Speaking to Deadline about They/Them, John Logan said he wanted to make a movie that celebrates queerness, with characters he had never seen while growing up.

“When people walk away from the movie, I hope they’re going to remember the incredible love that these kids have for each other and how that love needs to be protected and celebrated.”

Val Boreland, an NBCUniversal Executive said: “The film is not only entertaining and thrilling, but also empowers its audience with its message of acceptance in a way that only a creator like John Logan could imagine and then bring to life.”

Taking to Twitter to express their excitement about They/Them, one tweep said they were excited about the film’s name.

“They/Them movie [is a] genius name because / means that they slash them,” wrote one tweep.

“We’re getting really cool queer horror movies now and I’m here for it!” wrote another tweep.

“I would gladly watch this movie if it was revealed the killer was actually They/Them.”