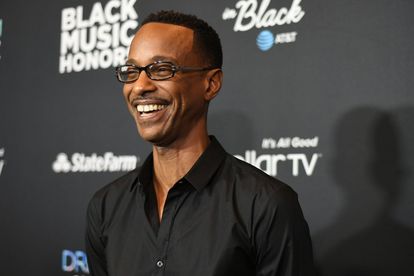 Fans are speculating that Tevin Campbell may have come out as gay on Twitter… Image via Getty Images Photographer: Paras Griffin

Fans are speculating that Tevin Campbell may have come out as gay on Twitter… Image via Getty Images Photographer: Paras Griffin

Fans have speculated that Grammy-nominated singer Tevin Campbell is a member of the LGBTQI+ community for years now. In a now-deleted tweet posted on Tuesday 8 March, the Can We Talk might’ve addressed his sexuality…

TEVIN CAMPBELL ON HIS SEXUALITY

According to Madame Noire, in 2009, Tevin Campbell directly addressed his sexuality saying it was “nobody’s business” what he decided to do behind closed doors.

“I like the fact that people wanna know. Let ‘em wonder. I like to leave a little bit to the imagination. But if you happen to get to know me and we hit it off… I share a lot of personal things with friends which is a normal thing to do.”

In 2018, the talented singer addressed his sexuality again saying he was “try-sexual”.

Campbell may have confirmed the tweet writing: “Tevin is….” with the LGBTQI+ Pride flag emoji.

Taking to Twitter, Tevin Campbell’s fans applauded the R&B singer for opening up about his sexuality. Others said they “knew” the star singer was gay.

“Lol we knew you were gay since Can We Talk. Tevin, it’s fine,” wrote one tweep.

“I thought he already come out as gay well congrats to him.”

“Tevin Campbell being gay changes nothing for me. I still love him and his music.”