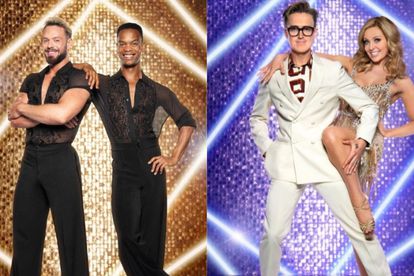 Last week Strictly Come Dancing made headlines when three contestants reportedly refused the COVID-19 vaccine. Now, the competitive dance show is making headlines again for the first performance of the all-male pairing but one of the pairings have tested positive for COVID-19.

In a previous interview about his Strictly appearance, Whaite said he hopes to be a role model for the LGBTQI+ youth. He mentioned that gay men receive a lot of hate and accepting it is something one should not do.

Radebe and Whaite did exceptionally well in their performance and were the second-highest scored pairing of the evening. The two also received a standing ovation from judges Oti Mabuse and Shirley Ballas.

The two received high praise from Strictly viewers for their performance. British author Steve Chalke noted the performance as another step towards LGBTQI+ equality.

While there was much to write home about after last Saturday’s live show, there were some downs. Singer-songwriter Tom Fletcher and his professional partner Amy Dowden tested positive for COVID-19.