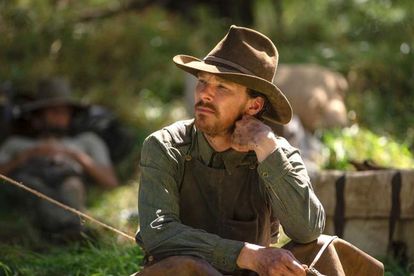 American actor has slammed ‘The Power of the Dog’ calling it a ‘piece of sh*t’. Image via Twitter @SmilingBenedict

American actor has slammed ‘The Power of the Dog’ calling it a ‘piece of sh*t’. Image via Twitter @SmilingBenedict

Jane Campion’s Western drama, The Power of the Dog, has been praised by Decider as a “rare empathetic study of toxic masculinity”. The film, which explores the romantic relationship between two males, has been slammed by American actor Sam Elliot. The 77-year-old called the Oscar-nominated film a “piece of sh*t” and was not a fan of the homosexual themes.

ALSO READ: ‘The Power of the Dog’: Cumberbatch on straight actors in gay roles

SAM ELLIOT SLAMS ‘THE POWER OF THE DOG’

Emmy-nominated actor Sam Elliot appeared on Marc Maron’s WTF podcast on Monday 28 February and discussed The Power of the Dog in extensive detail.

Podcast host Marc Maron asked Sam Elliot if he had seen Jane Campion’s film, to which he responded: “You want to talk about that piece of sh*t?”

“That’s what all these f*cking cowboys in that movie look like. They’re all running around in chaps and no shirts.”

“There’s all these allusions to homosexuality throughout the f*cking movie.”

“And why in the f*ck does she shoot this movie in New Zealand and call it Montana and say: ‘This is the way it was.’”

“That f*cking rubbed me the wrong way, pal.”

‘THE POWER OF THE DOG’ LEADS OSCAR NOMINATIONS

The Power of the Dog has been nominated for 12 Oscar Awards including Best Picture, Best Adapted Screenplay and Best Director.

English actor Benedict Cumberbatch has been nominated for Best Actor alongside Will Smith and Denzel Washington.

Take a look at all the nominees here