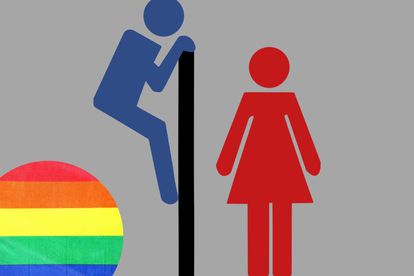 We re-iterate that neither SIiEWG nor DBE has suggested that “boys and girls share toilets” and we urge members of the public to consider the consequences of spreading such disinformation. Photo: PEXELS

We re-iterate that neither SIiEWG nor DBE has suggested that “boys and girls share toilets” and we urge members of the public to consider the consequences of spreading such disinformation. Photo: PEXELS

More than 40 LGBTIQ+ and allied organisations have responded to the extraordinary backlash against proposed new guidelines that aim to make South African schools safer for LGBTIQ+ learners.

The Department of Basic Education’s new draft Guidelines for the Socio-Educational Inclusion of Diverse Sexual Orientation, Gender Identity, Expression and Sex Characteristics (SOGIESC) in Schools are intended to create a more inclusive and affirming environment for LGBTIQ+ pupils.

It is, however, the guidelines’ recommendation that schools provide gender-neutral toilets and change rooms for those who may not identify as one of the gender binaries that has become a particularly controversial topic.

Political parties such as the Freedom Front Plus, the African Christian Democratic Party (ACDP), Al Jama-ah, and the National Freedom Party (NFP), and the conservative religious pressure group Freedom of Religion South Africa (FOR SA) have all condemned the guidelines, particularly the proposals on gender and toilets.

Criticism has included warnings that unisex toilets will increase teenage pregnancy and gender-based violence. Al Jama-ah claims that the proposals are part of an “LGBTQ agenda” and are “a direct assault on the constitutional rights of learners coming from homes with religious, faith and cultural objections to LGBTQ…”

A petition has also been launched by Rudayba Rasool on Change.org arguing that “that girls and boys share [sic] toilets will bring about many social ills.” It calls on parents to “vehemently object to this move.” More than 82 000 individuals have now signed the petition.

The uproar has seen the Department of Basic Education issuing a statement clarifying that the guidelines are “an initial draft discussion document” that is still undergoing consultations.

The civil society members and allies of the Basic Education Social Inclusion in Education Working Group (SIiEWG) have now also addressed “the uproar in the media amongst ‘pro-family’ and religious fundamentalist, and conservative groups” about the issue of introducing gender neutral toilets in South African schools.

The groups note that the guidelines “categorically do not direct schools to replace all single-sex bathrooms and change facilities with ‘unisex’ ones’” but instead “encourage schools to make gender-neutral facilities available to gender non-conforming learners.”

In a joint statement, they called on members of the public to “apply their own minds to the document, and not to be misled by deliberate campaigns of disinformation, which exploit parents’ fears and manufacture panic with patently false claims about what the Guidelines are, and what they seek to achieve.”

Below is the full statement from SIiEWG

It has recently come to the attention of the civil society members of the Social Inclusion in Education Working Group (SIiEWG)* that the issue of introducing “unisex” toilets in South African schools has caused uproar in the media amongst “pro-family” and religious fundamentalist, and conservative groups.

The panic relates to a single section of the Department of Basic Education’s (DBE) draft Guidelines for the socio-educational inclusion of Diverse Sexual Orientation, Gender Identity, Expression, and Sex Characteristics in Schools (the Guidelines). The section in question is 7.12, on Bathrooms and Change Facilities.

The Guidelines were developed to assist school administrators, leaders, and educators with developing and implementing strategies for a safe, equitable, and socially just learning environments for all learners, regardless of their sexual orientation, gender identity, and expression and sex characteristics. The Guidelines emphasise a practical approach and tools to widen an inclusive schooling environment that aligns with constitutional values, and that affirm and protect diverse learners. The Guidelines aim to ensure that schools are addressing and eliminating historic and ongoing discrimination, harassment, and victimisation, and in turn, to advance equality in outcomes for all learners.

The Guidelines categorically do not direct schools to replace all single sex bathrooms and change facilities with “unisex” ones. They do encourage schools to make gender-neutral facilities available to gender non-conforming learners. Section 7.12 of the Guidelines states,

“When determining which toilets and change rooms a learner will use, the school should discuss this with the student/parent/caregiver, and

The Guidelines clearly seek to advise and guide schools in necessary policy development, at the heart of which is consultation with parents and learners.

We believe it is disingenuous for the National Freedom Party (NFP) and Freedom of Religion South Africa (FOR SA), who are opposing the Guidelines, to reduce a broad and comprehensive list of tools, to help schools create inclusive learning environments, to toilets. School policy on bathroom facilities is only one of the many ways that we can provide a safe learning environment for LGBTIQ learners, and ensure that LGBTIQ youth can concentrate on their lessons, rather than worry about their safety if they need to use the bathroom during the day.

We strongly encourage members of the public to apply their own minds to the document, and not to be misled by deliberate campaigns of disinformation, which exploit parents’ fears and manufacture panic with patently false claims about what the Guidelines are, and what they seek to achieve. This is not inadvertent “misinformation”, but the deliberate spreading of false information. It not only ignores but makes a mockery of the lived experiences of LGBTIQ learners. We urge the public support the rights of all learners to dignity, safety, and bodily autonomy regardless of their gender identity, sexual characteristics, or sexuality.

The NFP has “condemned the Department of Basic Education’s proposal to introduce “unisex” toilets in schools”. A public petition was developed and shared on 15 November 2022, asking support for the following: “The Department of Education is proposing mix gender toilets. How do we protect our children who needs to be safe at schools? Toilets are private and suggesting that girls and boys share toilets will bring about many social ills. As a responsible parent I cannot condone or approve this. Schools are supposed to be a safe haven for all.”

In addition, on 16 November 2022, FOR SA released a video on YouTube with their director, Michael Swain and legal advisor Daniela Ellerbeck discussing the Guidelines. In the video, Swain and Ellerbeck insist that gender and sexuality diversity is an “ideology” and that gender is binary (Male and Female only, and determined by a normative understanding of biological sex characteristics). FOR SA argues that the Guidelines infringe on “certain constitutional rights,” with reference to “parental rights” and freedom of expression.

This not only demonstrates a regrettably poor understanding of the rights of all children in Section 28 of the Constitution, including the principle that the best interest of the child shall be of paramount importance, but also of the Guidelines and their content. The petition shared on 15 November clearly results from a false representation of what the DBE and SIiEWG have spent 6 years jointly developing, in consultation with experts, human rights defenders, educators, and parents. Research shows that LGBTIQ learners are disproportionately affected by violence and discrimination in schools every day at the hands of their peers and educators. Suicide rates among LGTBIQ learners is staggering, and we urgently need protective measures to address ongoing bullying and harassment.

We re-iterate that neither SIiEWG nor DBE has suggested that “boys and girls share toilets” and we urge members of the public to consider the consequences of spreading such disinformation. Creating disinformed panic over toilets and undermining work aimed at saving the lives of LGBTIQ children is dangerous, and a distraction.

We believe in substantive equality – equality in outcomes – as enshrined in the South African Constitution. Substantive equality demands that LGBTIQ learners and heterosexual and cisgender learners must be able to co-exist in school environments and have access to the same facilities, including the bathroom of their choices.
As the civil society members of the SIiEWG, we are grateful to the DBE for championing a progressive, and balanced rights-based approach for LGBTIQ learners who have for too long been ignored and neglected.

*ABOUT SIiWEG AND THE SOGIESC GUIDELINES FOR SA SCHOOLS:

The convening of Social Inclusion in Education Working Group (SIiEWG) is a DBE response to public requests and the Constitutional requirement to support marginalised population groups in schools, starting with lesbian, gay, bisexual, transgender, intersex and other diverse (LGBTIQ) learners and educators. The mission of the SIiEWG, spearheaded by DBE, is to mobilise national efforts to contribute to the achievement of equitable, quality education and a safe learning environment for all through inclusive partnership and education. It comprises members from civil society organisations, parents of gender and sexually diverse learners, policymakers, experts in inclusive education and LGBTIQ activists.

Organisations and institutions that do not formally sit on the SIiEWG group endorse this statement. These include: