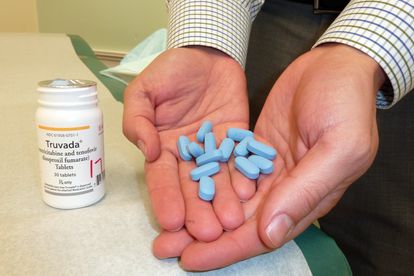 Pre-exposure prophylaxis (PrEP) is a Human immunodeficiency virus (HIV) prevention medication that reduces your chance of contracting HIV through sex or injection drug use, it is taken by anyone who has tested negative for HIV but is at high risk of exposure to HIV.

Pharmacist Joy Steenkamp of Medipost Pharmacy speaking to The Citizen said that:

“The medication, usually taken in the form of a daily pill, is highly effective when taken consistently as prescribed. An injectable form of PrEP is also available in some countries and will hopefully soon be introduced in South Africa,”

The United States Food and Drug Administration (FDA) approved two medications for use as PrEP: Truvada and Descovy.

We also have an injectable PrEP called Apretude (cabotegravir extended-release injectable suspension) which South Africa will be piloting in 2023.

The Centers for Disease Control and Prevention (CDC) outlines the types of PreP and its uses:

The CDC says that studies done on PrEP’s effectiveness show that it “reduces the risk of getting HIV from sex by about 99% and from injection drug use by at least 74%.”

WHO SHOULD TAKE PrEP?

The guidelines as per the CDC’s recommendation, that PreP should be taken by:

SIDE EFFECTS OF PrEP

As much as the medication is safe, it does come with some side effects which include but are not limited to:

You need to consult your healthcare provider if any of these side effects persists or are severe.

The CDC also explains the uses of on-demand PrEP which is also referred to as “intermittent ” or “non-daily” for people who are not at an ongoing risk of getting HIV.

ALSO READ: How long can you live with HIV without treatment?