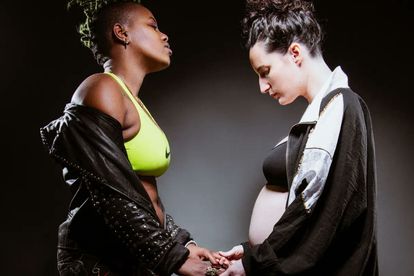 Toya Delazy and her wife Alisson Chaig are expecting a baby! Image via Twitter @ToyaDelazy

Toya Delazy and her wife Alisson Chaig are expecting a baby! Image via Twitter @ToyaDelazy

South African-born singer-songwriter Toya Delazy and her wife Alisson “Ally” Chaig are expecting a baby! In a Twitter post on Tuesday 22 February, the Pump It On hitmaker said she couldn’t have found a better person to build a home with.

The two tied the knot in an intimate wedding ceremony in the United Kingdom in October 2021.

Just after celebrating a decade of love, Toya Delazy and Ally Chaig got married on Monday 25 October 2021 at St George’s Town Hall in London. The pair were surrounded by close friends.

Taking to Twitter on 22 February, the star singer announced that she and Ally are expecting a child! She posted an intimate photo of them holding hands. The image also exposed Ally’s baby bump.

“And just like that… I couldn’t have chosen a better soul to build umuzi kamama (my mother’s home),” she wrote.

Rapper MegMafia wrote: “I’m so happy for you sis.”

“I am gonna stay for this night… Congratulations forever lover,” wrote one tweep.

Toya Delazy and Ally Chaig have been together for just over 10 years. They announced their engagement on 8 October 2021 and just a few weeks later they got married.

TAKE A LOOK AT SNAPS FROM THEIR WEDDING