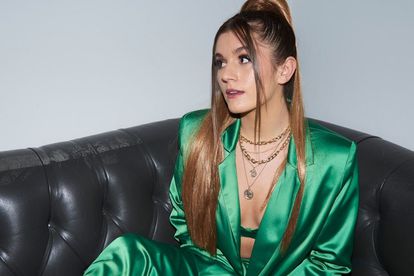 Following a two-year hiatus due to the COVID-19 pandemic, the colourful Pink Loerie Mardi Gras and Arts Festival is back with a bang. Festival director, John-Louis O’Neil, describes the event as “the Garden Route’s original and premier pink event”.

The Pink Loerie Mardi Gras and Arts Festival, set to take place from Friday 29 April to Sunday 1 May, is an annual celebration of the LGBTQI+ community in Knysna. The festival hosts several cultural, entertainment and community fundraising events.

“As we resume a post-COVID normality, we’re excited to once again welcome both visitors and locals alike to the Garden Route’s original and premier pink event,” said John-Louis O’Neil in a statement.

CASSA JACKSON TO HEADLINE THE FESTIVAL

London-based singer-songwriter Cassa Jackson is best known for her hits Parallel Universe and Suits U. Described as a vocal powerhouse, Jackson is set to headline the Pink Loerie Mardi Gras and Arts Festival in Knysna to celebrate the 22nd instalment of the festival.

“We’re excited to bring Cassa to South Africa for the first time. With her soulful pop anthems, she is the perfect artist to entertain our festivalgoers,” said O’Neil.

The Pink Loerie Mardi Gras and Arts Festival will kick off on Friday 29 April with a VIP dinner co-hosted by Cassa Jackson and Mr Gay World South Africa, Shanon Kannigan. On Saturday 30 April, there will be a pride parade and street party where Cassa Jackson will perform.

On Sunday 1 May there will be a farewell lunch at Longbarn Knysna.