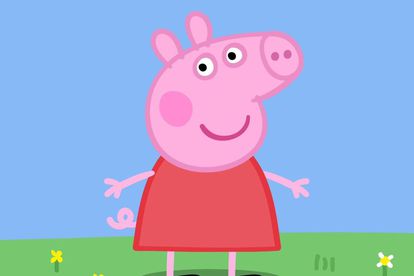 18 years after its debut, ‘Peppa Pig’ has introduced a same-sex couple. Image via Twitter @PopCrave

18 years after its debut, ‘Peppa Pig’ has introduced a same-sex couple. Image via Twitter @PopCrave

Peppa Pig is one of the world’s most popular cartoons for young children and now, 18 years after its debut, the show has become more inclusive with the addition of a same-sex parent family. This comes after a petition was launched to make the show more inclusive for children. According to CNN, the petition attracted more than 20 000 signatures.

PETITION LAUNCHED FOR ‘PEPPA PIG’ TO BE MORE INCLUSIVE

The hit television series, Peppa Pig first hit television screens in May 2004 and has kept children entertained for more than a decade. In 2019, a petition was launched to make the series more inclusive for young viewership.

“Children watching Peppa Pig are at an impressionable age and excluding same-sex families will teach them that only families with either a single parent or two parents of different sexes are normal,” read a part of the petition.

“This means that children of same-sex parents may feel alienated by Peppa Pig and that other children may be more likely to bully them, simply through ignorance.”

The petition has gained approximately 23 900 signatures.

As per CNN, Peppa’s classmate, Penny Polar Bear speaks about her two mothers at school and shares a hand-drawn family picture.

“I’m Penny Polar Bear. I live with my mommy and my other mommy. One mommy is a doctor and one mommy cooks spaghetti. I love spaghetti,” she says in the scene.

The brief same-sex scene on Peppa Pig was met with mixed reactions from Twitter users. Some praised the series writers while others were not too pleased,

“Peppa Pig is a classic children’s character, but the people who write her episodes have now added same-sex married characters. It’s all gone woke. God save our children,” wrote one tweep.

“Well what do you know? My kids saw the first same-sex couple on Peppa Pig and the world didn’t end,” wrote another tweep.

“This is amazing! The idea that gay couples on tv are gonna turn kids gay is so dumb bc guess what? I grew up watching only straight couples on tv and I’m not straight now. The couples see on TV has zero effect on their sexuality.”