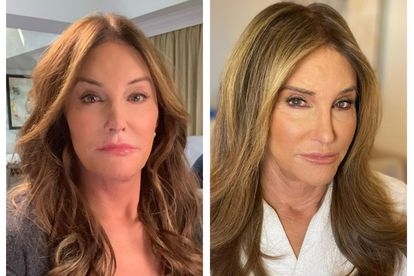 Caitlyn Jenner says that the LGBTQIA + community has been threatening her. Images via Instagram: @vaitlynjenner

Caitlyn Jenner says that the LGBTQIA + community has been threatening her. Images via Instagram: @vaitlynjenner

Former Olympic star Caitlyn Jenner has revealed that she has been receiving death threats and hate male from the LGBT community.

She took to Twitter to voice her frustrations and stated, “I have never received more death threats, death threats to my team, nasty hate mail than this week.

“It is all from the so called ‘inclusive’ lgbt community. I am so disgusted by the hateful individuals threatening my life for giving my opinions on news topics of the day,” Caitlyn said.

According to Hollywood Unlocked, Some people in the comments section believe Jenner had annoyed the LGBT community after she criticized and misgendered a transgender TikTok star named Dylan Mulvaney, who recently met with President Joe Biden to speak about trans-related healthcare.

“Dylan then went viral with a video where she said she wanted to “normalise women having bulges,” as he complained about constantly being looked at by strangers whenever she wears tight clothing,” – as per Hollywood Unlocked.

Caitylin continued and asked, “since when is a different opinion grounds for such hatred and death wishes? Do better!”

“Difference of opinion, dialogue, and conversation is critical to making progress as society…Trying to shut me down by threatening my life over and over will never stop me from speaking my opinion. NEVER!,”

Caitlyn claims someone from her team called Dylan a he instead of she and that is regretful.

ALSO READ: Caitlyn Jenner is back on TV…but not with the Kardashian clan

Jenner didn’t shy away from letting her opinion be heard, stressing that as a trans woman herself, she did not co-sign the message, nor would she wants Mulvaney’s impressionable fans to think her behaviour was okay. She went on to praise Marsha, who claimed that Biden “and radical left-wing lunatics want to make this absurdity normal, – explains Hollywood Unlocked

The publication says, when Caitlyn responded to the post, she lauded Marsha for “speaking out and having a backbone—one of the best senators we have. Let’s not ‘normalize’ any of what this person is doing. This is absurdity!”