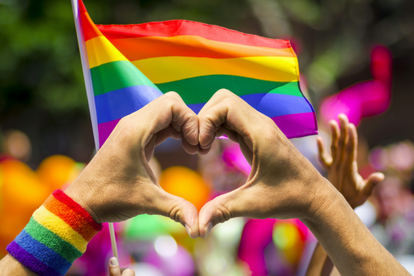 This month, South Africa celebrates its LGBTQ+ community with an exciting series of pride events, conferences and the official virtual pride march taking place in Johannesburg on 30 October. As travel continues to open up around the world, KLM Royal Dutch Airlines shines a light on gay-friendly destinations around the world that should be high on your travel list.

Often called the world’s most liberal city, Amsterdam, is one of the most LGBTQ+ friendly destinations in the world. Amsterdam’s legendary open-mindedness saw homosexuality decriminalised way back in the early 1800’s and the Netherlands was the first country in the world to welcome same-sex marriages back in 2001. The city plays host to a number of LGBTQ+ events throughout the year and is home to some of the world’s most popular gay bars – including Spijker Bar, a gay bar that is considered the oldest and friendliest in Amsterdam. However, there is so much more to Amsterdam’s gay scene than it’s many bars.

Paris is often named the world’s most romantic city – and with good reason. However, romance isn’t limited to cisgender couples only. In fact, Paris has a vibrant gay scene that is filled with both sophistication and romance. On top of visiting some of the most romantic sites in the world, Paris is also known for its exquisite food, designer shops and picture-perfect settings. The city also boasts a variety of bubbly gay bars each boasting its own unique flair. Paris also hosts its own pride at the end of every June which is a true celebration of the country’s queer community.

The modern gay liberation movement started in New York City with the Stonewall riots in 1969 and today, New York is known as the gay capital of the world. Every June, the city unites to celebrate the LGBTQ+ community with a variety of pride events but the truth is, the city has a vibrant queer scene throughout the year. Along with a vibrant gay nightlife and a liberal population who have seen and done it all, New York was always destined to become one of the world’s greatest gay cities.

Israel is another country that has proven to be progressive when it comes to LGBTQ+ rights. In fact, the country’s largest city Tel Aviv is one of the largest hotspots for gay tourism in the world. Tel Aviv is a city that not only boasts a rich history, but its beautiful beaches situated alongside the Mediterranean Sea, bustling nightlife and proud LGBTQ+ community. It’s no wonder that tourists from around the world flock to the city that welcomes gay tourists with open arms.

The German capital has always been a city that goes against the grain and home to a thriving LGBTQ+ community. Schöneberg, in the south-west of the city, has long been the centre of queer life and culture. The city is a massive tourist destination for queer travellers thanks to its shocking history, fascinating museums, quirky vintage clothing stores, hip cocktail bars and that the city prides itself for having something for everyone. Berlin Pride takes place in the second half of July and has been held annually since 1979.

Denmark was the first country in the world to recognise same-sex partnerships in 1998, making a pilgrimage to the beautiful cobblestone capital, Copenhagen, a must for any LGBTQ+ traveller. The city is home to Europe’s oldest openly gay bar (with origins dating back to 1950) and also the red light district of Vesterbro. It’s vast array of cocktail bars and trendy minimalist boutique hotels offer stylish experiences in the heart of one of the most tolerant communities in Europe – often referred to as ‘the most gay-friendly place on earth’.

Newspaper front pages from around the world, Friday, 24 June 2022