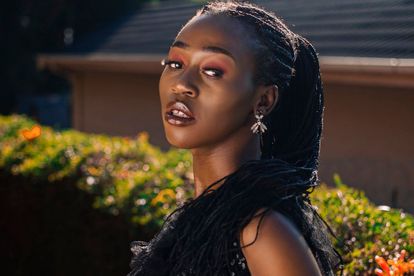 Lehlogonolo Machaba, the first transgender woman to enter the Miss South Africa pageant, opens up about her gender reassignment surgery. Image via Twitter

Lehlogonolo Machaba, the first transgender woman to enter the Miss South Africa pageant, opens up about her gender reassignment surgery. Image via Twitter

Lehlogonolo Machaba made history in 2021 when she became the first transgender woman to make the top 16 at the Miss South Africa pageant. Although Machaba entered the pageant again in 2022, she only reached the top 16 stages of the pageant. Speaking to You, the 25-year-old opened up about getting gender reassignment surgery and described it as the “beginning of new life”.

The model and queer activist told You that her costs were covered by Transgender and Intersex Africa, an organisation that advocates for LGBTQI+ rights. Machaba finally had her first reassignment surgery on 1 July.

“They reconstructed my male genitalia to resemble and as much as possible, to perform like female genitalia,” she told the publication.

The Miss SA top 16 contestant said she faced a few complications during her recovery process. Machaba added that it was “extremely painful” and as a result, had to be readmitted to the hospital.

“I was a bit scared, to be honest, because in my head I had to adjust to having something different.”

“After surgery bed rest is essential for a minimum of two weeks. After the two weeks, there will be some healing, but it’s important to take care of yourself and control how you do things. I need to carefully control how fast I walk and how I sit and sleep.”

“This was the beginning of new life for me because the person I’ve always identified as within myself is becoming tangible”.

Speaking to City Press, Dr Anastacia Tomson said: “In the private sector, it costs hundreds of thousands of rands while in the public sector waiting periods are often quoted as being north of two-and-a-half decades.”