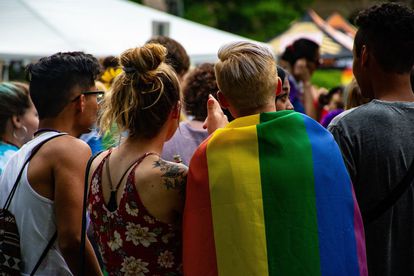 A matric pupil at Hoërskool Rustenberg has been disciplined after attending a drag show. Image via Pexels

A matric pupil at Hoërskool Rustenberg has been disciplined after attending a drag show. Image via Pexels

Drag shows have become one of the most popular forms of entertainment in South Africa but it seems some communities are not too fond of the idea. According to MambaOnline, a matric pupil at Hoërskool Rustenberg in the North West was punished after attending a drag show at a popular LGBTQI+ restaurant in Pretoria.

Desiré Duvenage celebrated her 18th birthday in January at Beefcakes, a popular LGBTQI+ restaurant and bar in Pretoria. The matric pupil told MambaOnline that the drag performers were amazing and she thoroughly enjoyed the performance with her friends.

“It was just a good time to forget about everything, all the stress and my school work,” she told the publication.

One of the drag performers walked up to the 18-year-old’s table and grinded on the student and one of Desiré’s friends caught the moment on camera and posted the video on social media.

Desiré is a top student at Hoërskool Rustenburg and serves as the chairperson of the Land Service, a youth movement that assists young people in developing leadership skills. The teenager’s world came crashing down after her teacher showed her the video taken at Beefcakes.

“[She] said that it’s very negative for the school and they don’t want this getting into the media,” Desiré recalled.

The matric pupil was also told she would be stripped of her school honours for her Land Service achievements and was suspended from Land Service.

“It’s plain homophobia. I think it’s because it’s a man dressed as a woman. What a scandal! And also because Beefcakes is an LGBTQI+ safe space.”

Earlier this year, Hoërskool Rustenburg made headlines after four students were filmed doing the Nazi salute.

In a statement, Bernhard Visser, the chairman of  Hoërskool Rustenburg’s governing body said “accountable steps” would be taken against the scholars.

“The school governing body views the incident in an extremely serious light. These gestures are associated with the worst crimes against humanity. The learners were taking part in a karaoke competition at the school when the incident took place,” explained Visser.