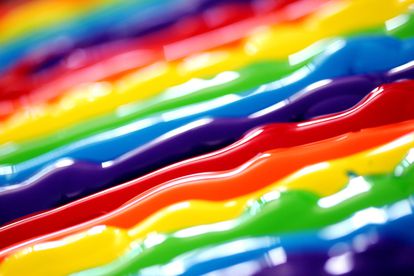 “Gay people were an important part of an incredibly exciting subculture,” he said, along with overlapping groups of intellectuals, churchgoers, environmentalists and squatters that finally spilled onto the streets in East Germany’s peaceful revolution. Photo: PEXELS

“Gay people were an important part of an incredibly exciting subculture,” he said, along with overlapping groups of intellectuals, churchgoers, environmentalists and squatters that finally spilled onto the streets in East Germany’s peaceful revolution. Photo: PEXELS

The role of gay people in bringing down communist East Germany from within is getting fresh attention three decades on, at a time when sexual liberation is still a battleground.

Art exhibitions, films and city tours are casting a new spotlight on LGBTQ life in the now defunct state, capturing the imagination of generations born after the Berlin Wall tumbled on November 9, 1989.

“It was a high-wire act,” said East German art expert Stephan Koal about the life of Juergen Wittdorf, a long-closeted gay artist whose daringly homoerotic works decorated even official buildings of the Stalinist regime.

Koal has co-curated a major retrospective of more than 250 pieces by Wittdorf for what would have been his 90th birthday.

Although it’s being staged in a sleepy eastern Berlin suburb, the exhibition has been a surprise success with more than 20 000 visitors since it opened in September.

As sexual autonomy comes under fresh attack around the globe, even in EU members such as Hungary and Romania, Wittdorf’s work is seeing a renaissance four years after his death.

Part of that renewed interest comes from a contemporary understanding of the “courage” required for LGBTQ people to fly beneath the radar, Koal said.

“Gay people were an important part of an incredibly exciting subculture,” he said, along with overlapping groups of intellectuals, churchgoers, environmentalists and squatters that finally spilled onto the streets in East Germany’s peaceful revolution.

“The regime saw the gay scene as a threat.”

Born in 1932, Wittdorf was a long-time member of the German Democratic Republic (GDR)’s ruling SED party, living off official commissions for his art.

The communist state decriminalised gay sex in 1968 — a year before West Germany — but it remained a serious social taboo.

Years before that reform, Wittdorf pushed the envelope with graphically lustful works featuring young men’s bodies that he managed to pass off as Socialist Realist heroism.

One work that stands out is a print that hung in the official Academy of Sport in Leipzig featuring buff athletes soaping up together under the showers.

Karin Scheel, artistic director of Biesdorf Palace, which is hosting the Wittdorf retrospective, said the collection was a “nearly buried treasure” that explored the limits of social repression in an authoritarian state.

“In the GDR these were just depictions of athletes,” said Scheel, who co-curated the show. “Today we see it totally differently — under these prints there’s something huge bubbling beneath the surface.”

Wolfgang Winkler, 86, a retired librarian visiting the show who met Wittdorf a few times, said the role of LGBTQ people in East Germany’s churning underground had long been “underestimated”.

“History just swept it aside, what Wittdorf achieved with his work,” he said. “But for those of us who knew about it, it was a sensation.”

Berlin’s chief culture official, Klaus Lederer, who is also gay and from the east, hailed new efforts to correct the “erasure” of Eastern artists and their battles for freedom.

Although most gave way to gentrification and online dating, a few of the gay bars and cafes of East Berlin are still around, such as the Sonntags Club (Sunday Club) which is now a stop on popular tours of the Prenzlauer Berg district’s LGBTQ history.

Since 2021, an annual East Pride Berlin demonstration has paid tribute to the LGBTQ pioneers in the “resistance” behind the Iron Curtain as well as embattled communities in eastern Europe today.

One of the stops is at the Gethsemane Church, a centre of anti-regime protest and the birthplace of the rights group Lesbians in the Church.

Sexual liberation also drives the new movie “In a Land That No Longer Exists” set in East Germany’s world of fashion in the summer of 1989.

Director Aelrun Goette, who was herself discovered as a model on the street in East Berlin, tells the story of Suzie, a teen who escapes a state-mandated factory job by posing for a style magazine.

There she meets the designer Rudi — based on GDR style icon Frank Schaefer, author of a rollicking memoir about his life as a gay punk in then bohemian Prenzlauer Berg.

Even as they work in the official clothing industry, Rudi leads Suzie into East Berlin’s wild, creative underground — a “niche” Goette said could be found in most dictatorships.

“Either you’re free everywhere or you’re not,” Rudi tells his protegee. “If you’re not, then the West can’t help you either.”

Goette said the time had come to tell a story about how “cheeky, insubordinate” East Germans liberated themselves, little by little then all at once.

“Things were already falling apart in the late 1980s” in the GDR, she said, allowing subcultures to seize the moment when it finally came.

The movie’s success has a certain symmetry with the first gay-themed feature film to be released in East Germany, “Coming Out”, which premiered the night the Wall fell.