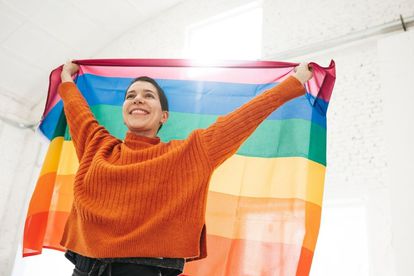 Lesbians from Ukraine have been fleeing to Poland. Image via Getty Images

Lesbians from Ukraine have been fleeing to Poland. Image via Getty Images

Many Ukrainians have been left stranded without homes since Russia invaded their home country. While the gay dating app, Romeo, has been offering assistance to LGBTQI+ Ukrainians another non-profit organisation has stepped in to help. The EuroCentralAsian Lesbian* Community is helping lesbians in Ukraine find temporary shelter in Poland.

Speaking to Business Insider, a volunteer said keeping a low profile was important. Poland is one of the many countries that doesn’t recognise same-sex marriages.

The EuroCentralAsian Lesbian* Community is described as an intersectional network that focuses its work on the visibility and the well-being of lesbians throughout Europe and Central Asia.

“Using the word ‘lesbian’ is part of the political struggle for visibility, empowerment and representation,” writes the community.

They use the lesbian with an asterisk to include those who may identify as bisexual, transgender or queer and those who feel connected to lesbian activism.

Nadia, an actor from Ukraine and her partner, Ania, who works as an administrator at school, live in two different Ukrainian cities. Things took a turn for the worst when the Russian government targeted Nadia’s city leaving her to rush to Ania’s home across the country.

“We spent a week running between the apartment and a bomb-shelter,” Nadia told Business Insider.

“We would go to bed in the hallway hugging and at least we knew that we are together if something happens.”

When they arrived in Poland, they received help from Helena Vukovic, who volunteers for the EuroCentralAsian Lesbian* Community. Although they were slightly hesitant, Vukovic and many others who were at the safe house, welcomed them with open arms.

ALSO READ: BY THE NUMBERS: The countries 3.5 million Ukraine refugees have fled to

Keeping a low profile is important for the EuroCentralAsian Lesbian* Community. Vukovic said they do not share the locations of the safe houses for an important reason.

“We choose rural areas and not cities, so there are not many people around.”