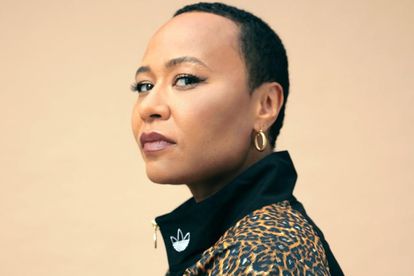 Emeli Sandé says she felt pressure from the music industry to stay in the closet. Image via Twitter @AllAroundNew1

Emeli Sandé says she felt pressure from the music industry to stay in the closet. Image via Twitter @AllAroundNew1

Scottish singer-songwriter Emeli Sandé came out as part of the LGBTQI+ community on Saturday 2 April via a Twitter post. The award-winning singer shared a photo of her and her partner adding that it felt like a “huge weight” had been lifted off her shoulders.

Speaking at National Student Pride, the biggest LGBTQI+ student event in the United Kingdom on Saturday 9 April, the My Kind of Love hitmaker said she did not come out earlier because there was “some pressure” from record labels and her previous management to stay closeted.

Emeli Sandé, who was previously married to marine biologist Adam Gouraguine, introduced her new partner Yoana to the world in a Twitter post on 2 April.

“It’s taken me many years to find the strength to be myself. I’ve struggled for a long time to accept myself as I am. I’m so lucky to have found my soul mate Yoana, she’s such an extraordinary woman!” wrote the 35-year-old singer.

“Falling in love with her gave me the strength I needed! Feels so good to be in love and I feel happier than ever.”

FEELING ‘CLOSETED’ BY THE MUSIC INDUSTRY

Speaking to Attitude Magazine at National Student Pride on 9 April, Sandé said there was a “feeling” from the music industry that she should stay in the closet.

“It was never said directly to me but it was definitely something that I felt people didn’t…they wanted to avoid coming out,” said Sandé.

“Maybe they were afraid of how it would affect things, I’m not sure. But nobody ever said to me ‘don’t do it’, but it was a..feeling, yeah. For sure.”

“So now, I’m just like, cool, whatever comes if people choose not to listen to my music, hopefully, they won’t. But I have to be true. That’s number one.”

ALSO READ: ‘A place for us’: Ariana DeBose makes LGBTQI+ history at Oscars

After the Scottish muso came out, many took to Twitter to share words of encouragement with her. Author, Chanda Prescod-Weinstein wrote: “So happy for Emeli Sandé coming out and making new, good music.”

“One day hopefully there’ll be no such thing as ‘coming out’! Live your best life,” wrote another tweep.

“Hope we can all get to the point in life where no one feels they have to make announcements.”