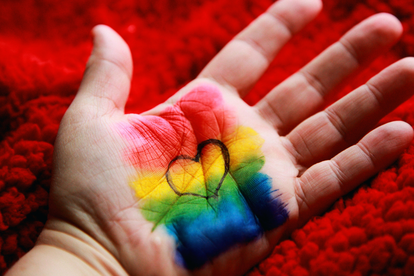 Everything you need to know about Florida’s ‘Don’t Say Gay’ bill. Image via Unsplash

Everything you need to know about Florida’s ‘Don’t Say Gay’ bill. Image via Unsplash

On Tuesday 8 March, the Florida Senate, the upper house Florida legislature, passed a bill that will greatly affect the LGBTQI+ community in the United States (US). The Parental Rights in Education bill, also dubbed the “Don’t Say Gay” bill, bans lessons about sexual orientation from kindergarten (Grade 0) to third grade level in Florida schools.

Many high-profile figures and LGBTQI+ organisations have spoken out against the bill highlighting the dangers it may have for the LGBTQI+ youth in the US.

THE PARENTAL RIGHTS IN EDUCATION BILL

According to Find Law, the Parental Rights in Education bill has also prohibited lessons on sexual orientation in other grades unless they are “age-appropriate and developmentally appropriate”.

The bill also prevents school staff from withholding information about gender issues from parents. Find Law notes that an earlier version of the bill required teachers to inform parents if their children come out queer.

Other states in the United States are also considering similar measures in their schools. Tennessee is looking into banning books or instructional materials that mention gay, bisexual, transgender issues, or “lifestyles”.

At a rally on Saturday 18 March in Gainesville, Florida, Unspoken Treasures Society executive director Regina Livingston criticised the bill, saying it was going to cause depression in children.

“They are already panicking,” said Livingston as per The Gainesville Sun.

“[Parents] can put a lawsuit on the teachers. They can cause problems with the schools, so the teachers are terrified at this point.”

Oliver Flanagan, a pupil at Kanapaha Middle School in Gainesville said the bill is going to directly harm them.

“I have seen friends kicked to the curb and I’ve seen those who intended to come out and have never heard from them again,” said Flanagan.

THE WHITE HOUSE WEIGHS IN

“Why are Florida leaders deciding they need to discriminate against kids who are members of the LGBTQI+ community? What prompts them to do that? Is it meanness?”

“What’s important to note here is how outspoken [President Joe Biden] has been against discrimination, against kids, against members of the LGBTQI+ community.”