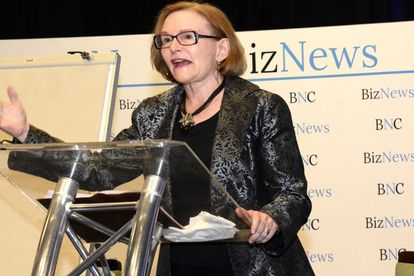 The Democratic Alliance (DA) has often shown its commitment to improving the lives of LGBTQI+ South Africans through its political rallies. Sadly, the party’s Federal Council Chairperson, Helen Zille, seems to be taking a different stance.

Taking to Twitter on Wednesday 2 March, Zille was responding to a Twitter user’s tweet when she referred to her pronouns as “wokus-pokus”. Zille’s comments come after she marched with the DA at the annual Cape Town Pride Parade on Saturday 26 February.

Cape Town-based tweep Alexandra Hayes took to Twitter on Tuesday 1 March to share how her life is taking shape after “losing everything”.

In her tweet, Hayes wrote: “I am happy and healthy and grateful to be alive and independent again.”

Reacting to the tweet, Helen Zille congratulated her but took a dig at the Twitter user’s pronouns.

“Good for you. Wonderful story when people go to the depths of the abyss and find their way out again. Just lose those wokus-pokus pronouns,” tweeted Zille.

Responding to Zille’s remarks, Hayes wrote: “I’ll lose my pronouns when we have equal rights for all genders and orientations and we as a society feel so comfortable with one another that those things don’t matter. Until then, I will announce my pronouns.”

Many were shocked at Helen Zille’s remarks. One tweep wrote: “Helen Zille is a really, really bad person. She’s not old and cranky. She’s not out of touch and misinformed. She is a bad person.”

“Helen Zille’s latest transphobic bullsh*t is a good opportunity to remind folks that politicians and diapers have to be changed regularly for the same reasons,” wrote another tweep.

“Helen Zille really be out there trying to be the South African JK Rowling.”

In his speech, Steenhuisen said: “We have come far and the world is undoubtedly a much better place for it.”

“But stil this is not enough. Because as long as people are persecuted, threatened or harmed for simply being who thy are, this fight continues.”