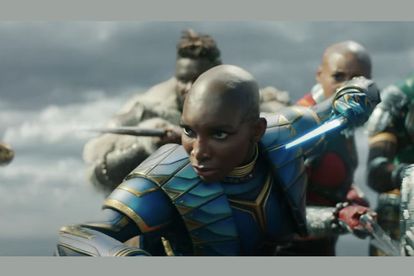 Marvel released the trailer for Black Panther: Wakanda Forever on Saturday 23 July and it has since achieved more than 20 million views on YouTube. The emotional trailer honoured American actor Chadwick Boseman who passed away in August 2020 after a battle with cancer.

Michaela Coel’s addition to Black Panther: Wakanda Forever was announced in 2021 but the production team had kept the details of her character under wraps.

Vulture reports that Michaela Coel will be playing Aneka, a combat warrior. In the 2010 comic book, Aneka trains female warriors and forms part of the Midnight Angels, a subgroup of the Black Panther’s personal bodyguards.

PinkNews adds that in the comics, Aneka has an enemies-to-lovers romance with Ayo (played by Florence Kasuma) but it has not been confirmed whether they will have a romantic on-screen interaction.

The film is set to be released on 11 November.

Speaking to The Hollywood Reporter, Lupita Nyong’o, who plays Nakia in Black Panther, expressed that the cast is still processing the loss of Chadwick Boseman.

“When you lose someone, I don’t know when you stop missing them. And of course, we felt it so much, making this film without him,” explained the Oscar-winning actress.

“To make this film against all odds is a powerful statement unto itself and I am very proud that we did it. It was very therapeutic. It restored a sense of hope for me in making it and I think we’ve expanded the world of Wakanda in ways that will blow people’s minds.”

Speaking at the San Diego Comic-Con in California on 23 July, Ryan Coogler said Chadwick Boseman’s impact on the entertainment industry will be felt forever.

“I promise you, I can feel his band on me right now.”

“His spirit, his passion, his genius, his pride in his culture and the impact he made on his industry, it will be felt forever.”