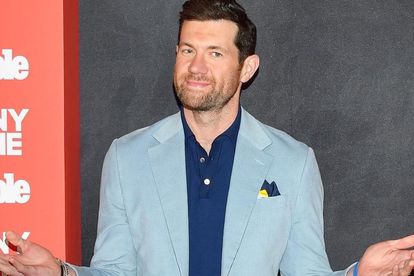 American actor and producer Billy Eichner is making history with the first-ever gay romantic comedy produced by a major production studio, Universal Pictures. Eichner’s film titled Bros features an all-star LGBTQI+ cast. Speaking to Collider, Eichner said he did not shy away from any sex scenes because “it’s a part of life”.

Co-written by Billy Eichner and Nicholas Stollar, Bros follows two gay men who have commitment issues and find their way to each other. Eichner makes history as the first openly gay man to write and star in his own film.

In September 2021, Eichner told The Hollywood Reporter he could not be more excited about the historic nature of Bros.

“After queer actors have spent decades watching straight actors capitalise both artistically and professionally by playing LGBTQ+ characters, it is a long overdue dream come true to be able to assemble this remarkable hilarious cast.”

Billy Eichner will play the lead in Bros alongside Single All the Way star Luke Macfarlane who will play his love interest. According to Out, Amanda Bearse, who came out as queer in 1993, will be playing Mcfarlane’s mother in the film.

Billy Eichner told Collider that it was important for him to include sex scenes because “it’s a way of life for everyone”.

“We’re making a romantic comedy. Sex is romantic and it’s also really funny. We take sex very seriously. But sex can be really funny. And how can you do a story about two people falling for each other and not deal with sex?”