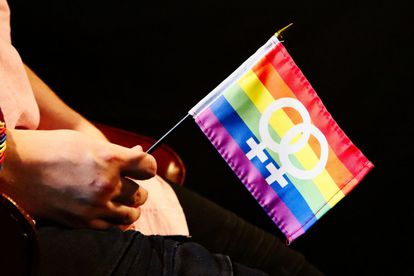 Berlin Bar and Restaurant in Durban has been accused of being homophobic and transphobic towards its LGBTQI+ customers. Image via Pixabay

Berlin Bar and Restaurant in Durban has been accused of being homophobic and transphobic towards its LGBTQI+ customers. Image via Pixabay

Berlin Bar and Restaurant in Durban has been accused of discriminating against its LGBTQI+ patrons. In a petition started two weeks ago, patrons have been sharing their experiences about allegedly being manhandled by the venue’s bouncers due to what they were wearing and while others accuse the bar of being homophobic and transphobic.

In a statement released on 15 August, Berlin Bar called on people who have experienced homophobia to come forward about their experiences.

The petition against Berlin Bar has gained more than 200 signatures with several LGBTQI+ patrons complaining about the venue’s “dress code rule”. One patron claims they were manhandled and escorted out of the bar because they were wearing shorts.

“Not [to] mention how one of the managers verbally abused and ridiculed me after trying to be civil with him, I’m beyond dismayed,” read the comment.

“I am also a victim of being chased out because of something that I was wearing because the bouncers said I am a disgrace.”

Of the many comments in the petition against Berlin Bar, some complained about being discriminated against for being transgender. One patron said they were kicked out of the bar for wearing a dress.

“The bouncers were very rude to me. When I explained to them I’m trans they didn’t even want to listen.”

“I was told I’m a man dressed as a woman so they said I must leave before they drag me out of the club,” wrote one patron.

In response to the allegations of discriminating against LGBTQI+ customers, Berlin Bar said it strongly condemns such behaviour.

“Our establishment was solely created for the purpose of bringing all Durbanites and visitors together to enjoy a true Berlin experience regardless of their gender, ethnic, origin or class. It was deliberately named ‘Berlin’ to bring meaning to Berlin’s own sophisticated and diverse bars and restaurants in Germany.”

The bar also promised to “enhance” its efforts to protect all its patrons.