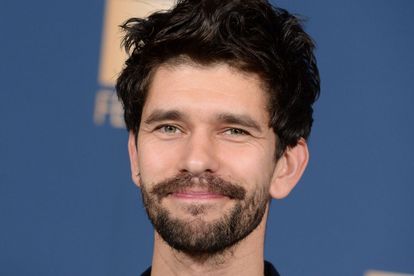 Daniel Craig has bowed out from the James Bond role after his fifth film as the intelligent spy, No Time to Die. Craig is the longest-serving James Bond in the franchise and there has been much debate about which actor should take over the Bond role.

Actor Ben Whishaw, who plays Q in No Time to Die, has made a bold argument for a gay actor to play James Bond.

BEN WHISHAW SAYS A GAY BOND WOULD BE EXTRAORDINARY

Ben Whishaw made his debut in the Bond series in Skyfall as Q, the head of the Q branch. The 40-year-old actor returned to Spectre and No Time to Die ,but like Daniel Craig, he is bowing out although he mentioned that he would like to continue as Q, if producers express their interest in having him back.

While Craig has no suggestions about who should take over his role, Ben Whishaw says a gay actor taking over the Bond role would be “quite an extraordinary thing”.

Speaking to Attitude, Whishaw said: “I really think we should be working towards a world where anyone can play anything. It would be really thrilling if it didn’t matter about someone’s sexuality to take on a role like this. I think that would be real progress, but we’ll see where we’re at.”

The Emmy award-winning actor pointed out that there aren’t many out British gay actors but he endorsed Bridgeton star Jonathan Bailey and Welsh actor Luke Evans as future Bonds.

Whishaw noted that Jonathan Bailey and Luke Evens would be ideal but wondered if anyone would be open to taking on the role.

“I wonder if either of them would want too. It’s not just the demands of the role but the demands of being Bond in the world and what it symbolises and how it would change your life.”

ALSO READ: The reviews are in! ‘No Time To Die’ is Bond’s best entry since ‘Casino Royale’

SHOULD A WOMAN BE BOND?

When asked if a woman should play Bond, Daniel Craig said the answer was simple.

“There should simply be better parts for women and actors of colour. Why should a woman play James Bond when there should be a part just as good as James Bond, but for a woman.”

Lashana Lynch who has a role in No Time to Die said accepting the role of Bond would depend on a lot of things.

Speaking to Vogue she said: “Nomi (her character in the film) represents one thing in this movie, but if she was going to represent more down the line, I would want to talk about the Black female experience to the high heavens, and I don’t know if people are ready for that.”