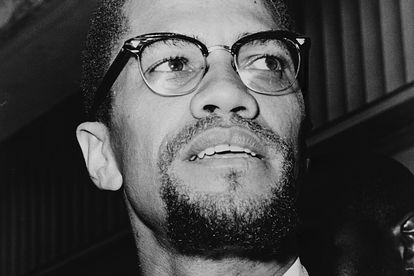 Malcolm X was an American Muslim minister and human rights activist who was a prominent figure during the civil rights movement. Photo:Wikipedia

Malcolm X was an American Muslim minister and human rights activist who was a prominent figure during the civil rights movement. Photo:Wikipedia

These 5 historical figures many historians believe were part of the LGBTQ+ community from Leonardo da Vinci to Malcolm X, their past history shows some type of leaning away from heteronormativity.

Here are the 5 historical figures who were considered to be part of the LGBTQ+ community:

Leonardo da Vinci who was a painter, inventor, and intellectual of the High Renaissance in the late 1400s and early 1500s.

He is also known for his great art, historians in the past didn’t address his sexuality.

Unlike in the past when it was believed that da Vinci was bisexual.

ALSO READ: The only openly transgender billionaire in the WORLD

Malcolm X is one of the greatest human rights activists in history, he was a prominent figure during the civil rights movement.

In an article on An Injustice, they said about Malcolm X and his life “most history books stop there, neglecting to mention his sexuality. That’s why most Americans have no idea that historical research has revealed that he was most likely bisexual”

William Shakespeare is the greatest writer in the English language, he was a playwright, poet and actor.

Shakespeare wrote at least 37 plays and 154 sonnets, his work has been translated in over 50 languages.

“I’d say Shakespeare slept with men. The Merchant of Venice, centring on how the world treats gays as well as Jews, has a love triangle between an older man, younger man and a woman.”

Eleanor Roosevelt was the longest-serving First Lady, she was a politician and activist who later served as a United Nations.

She was also an advocate of the rights and needs of the poor, of minorities, and of the disadvantaged.

Eleanor has a daily syndicated column called “My Day” that started in 1935 until her death in 1962.

It is said that “historians who have closely studied her life believe she may have been a lesbian, using her marriage with FDR to maintain her “clean” image. Documented in the most detail is her long-term romantic relationship with journalist Lorena Hickok.”

Angela Davis is the only living historic figure on this list, she is a political activist, philosopher, academic, and author.

Davis is a feminist and a Marxist, she was a longtime member of the Communist Party USA (CPUSA).

It is reported that she “came out as a lesbian to Out magazine in an interview and by 2020, Davis was living openly with her partner, the academic Gina Dent a fellow humanities scholar”

Lisbet Tellefsen who is an activist in her own right says:

“The glaring spotlight on her public life was contrasted by the privacy in which she conducted her private life — and we understood. While we could and often did debate what exactly constituted her public coming out, her unwavering and vocal support for LGBTQ rights was always visceral and crystal clear.”

If you have any queer stories to share send an email to info@thesouthafrican.com or a WhatsApp to 060 011 0211