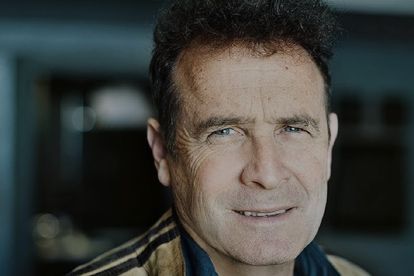 The Johnny Clegg Tribute Show will take place just in time for the anniversary of the legendary musician’s passing. Image via @bertrand.sylvain/Instagram

The Johnny Clegg Tribute Show will take place just in time for the anniversary of the legendary musician’s passing. Image via @bertrand.sylvain/Instagram

Johnny Clegg had the special quality of being able to unite people across all backgrounds and generations with his music. His music has always been a beacon of hope and inspiration and in a time when South Africans and the world need it the most, the lyrics to Great Heart stand true.

He certainly captured the hearts of a nation and the tribute concert will feature fellow musicians on one stage that will commemorate his life and his musical career, including the likes of lifetime friend Sipho Mchunu, Soweto Gospel Choir, Just Jinjer, Sipho Hotstix Mabuse, Karen Zoid, The One Who Sings (Zolani Mahola), Francois van Coke, Springbok Nude Girls, Majozi, Ross Learmonth, Kurt Darren, Arno Carstens, Jesse Clegg and the Johnny Clegg band. There will also be a dance tribute performed by dancers from Zululand and the local hostels.

Mahalo said, “I am so happy to be included in this tribute to the late great that was Johnny Clegg. His legacy of what it is to truly be oneself and share that self with the world has in no small way I am sure contributed to who I am today. I am The One Who Sings because Johnny Clegg and other giants like him sang their heart songs loud and clear for all to hear. And for that, he shall never be forgotten.”

‘WE WILL ALWAYS KEEP HIS LEGACY IN OUR HEARTS’

Soweto Gospel Choir said, “Soweto Gospel Choir is truly honoured to be a part of the Johnny Clegg Tribute concert, alongside so many South African music legends. Just as Johnny was a legend. We had a 15-year association and friendship with Johnny, sharing the stage with him many times. We admired his talent, his mentorship and his friendship immensely, as he became part of our Soweto Gospel Choir family. We will always keep his legacy in our hearts.”

“I really have fond memories of Johnny and all the work he did. He adored me and I adored him. Johnny gave so much to the cultural and music language of this country and it is an honour to be on the bill to pay tribute to a giant,“ said Sipho Hotstix Mabuse.

Bright Blue, Ella Mental and éVoid are flying back to South Africa for this event – the last two having performed alongside Johnny at the Ellis Park Stadium iconic Concert in the Park in 1985.

Francois van Coke said, “I had the privilege of meeting and sharing the stage with Johnny once. His humility really stood out for me. I have been a fan since I can remember and will be a fan forever.”

The Johnny Clegg Tribute Show is presented by Real Concerts in partnership with 947 and 702. Randall Abrahams, CEO of Primedia Broadcasting said, “Johnny was, and will always be, an icon in South African music. And in our broader society – Johnny managed to build bridges and foster social cohesion like no other entertainer has done. His legacy should be celebrated and his flame kept alive.”

Johnny Clegg – The Tribute Show will take place on 17 July at Emmarentia Botanical Gardens. Gates open at 10am with performances commencing at 11:00 until 6pm.

Money will be raised at the event for the Click Foundation, supporting ‘The Friends of Johnny Clegg’ charity which was established with Johnny in December 2018.

Tickets for Johnny Clegg – The Tribute Show are available from Computicket and TicketPro.