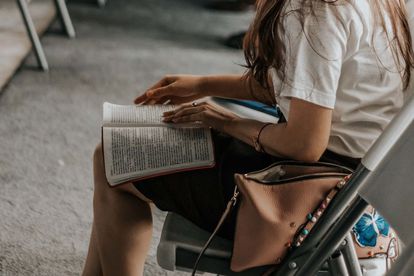 Excerpts from Esther on how to be the Princess you were created to be. Photo: PEXELS/Rodolfo Quirós

Excerpts from Esther on how to be the Princess you were created to be. Photo: PEXELS/Rodolfo Quirós

Many years ago, Sigi Oblander prophesied over me that I would be an “Esther”. That really intrigued me as I had no idea what that meant, so I set out to study the book of  Esther to see what lessons I could glean from her.

This beautiful book in the Bible, is in fact a marvelous redemptive story. Esther, through  her wise preparation and humble submission throughout, ended up being the key player in  the redemption plan of God for His people.

Esther was a Hebrew woman in Persia who was looked after by her cousin Mordecai  because she had no parents. She was removed from Mordecai’s care at a young age and  taken to the King’s palace to be groomed by Hegai, the eunuch who had been placed in  charge of the King’s harem.

These young maidens had a year of preparation with various beauty treatments. When their turn came to see the King, they could take whatever they wanted to try and impress him in  the hopes of becoming his queen.

But what did Esther do?

Firstly, her demeanor pleased Hegai and won his favor!  Secondly, when it was her turn to choose what to take with her to please the King, she  asked for nothing other than what Hegai suggested. She realized that if she wanted to  please the King, she needed advice from the one who knew him best.

Because Esther then won the King’s heart through this wise preparation, she was in the best position to intervene when Mordecai discovered the conspiracy which would bring about  the genocide of her people.

However, the risk was great! Anyone who approached the King without being invited, could  literally have their head cut off! She tried to resist, but it was then that Mordecai intervened with this well-known statement from scripture:

14 For if you remain silent at this time, relief and deliverance for the Jews  will arise from another place, but you and your father’s family will perish. And who knows  but that you have come to your royal position for such a time as this?”

Esther summoned her courage and decided to go ahead, saying:

“Go and gather all the Jews of Susa and fast for me. Do not eat or drink for three  days, night or day. My maids and I will do the same. And then, though it is against the law, I will go in  to see the king. If I must die, I must die.”

Esther’s meeting with the King

Seeing Esther standing at the entrance to his throne room, the King extended his scepter to  her, welcoming her into his presence.

From here, the remarkable story unfolds where Esther’s grace, wisdom and strength were  woven together to bring about an amazing turn of events, leading to the redemption of her  people and the demise of their enemy!

We must face a similar challenge

Let us invite the Holy Spirit to be at work in our hearts, pleasing Him by our attitude and  demeanor!

Let us look to Jesus and follow His example, as He knows His Father best. That way we are  bound to please our King!

Let us fast and pray and enter the courts of the King to intercede for His people.

The King of Kings is extending His scepter to you and me, welcoming us into His presence,  His throne room of grace, where He savors the incense of our prayers

Let us meet Jesus there – our ultimate redeemer. He forever lives to intercede for us!

God, we ask that you fill us with your wisdom and overshadow us with grace.

We need courage to take a stand against the enemy of your people.

Bring about your redemption plans and purposes in and through as we pray.