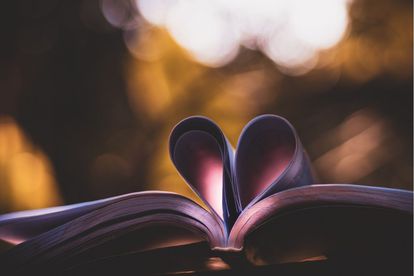 The invitation to God’s everlasting, eternal, fulfilling love for all of humanity. Will you be there? Photo: PEXELS/Rahul Pandit

The invitation to God’s everlasting, eternal, fulfilling love for all of humanity. Will you be there? Photo: PEXELS/Rahul Pandit

God’s invitation of love is throughout the Bible. There lies a number of invitations for you and me to enter God’s love. This is whether as a Father, a Bridegroom or a friend. The invitation is clear. He longs for us to respond to His love!

In the book of Hosea, God told Hosea (an upright, steadfast man of noble character and integrity), to take an adulterous wife.

“the LORD said to him, “Go, marry a promiscuous woman and have children with her, for like an adulterous wife this land is guilty of unfaithfulness to the LORD.”

Why did God command this? How would a godly man (such as Hosea) feel about being married to someone who consistently hankered after other men, and who bears children whose names reflect her unlovable state? Through this book in the Bible, we can see something of God’s heart towards His people.

As a long-suffering husband who covenanted Himself with His people, this is how God must feel  when we don’t commit ourselves wholeheartedly to Him.

The book is a heart-wrenching tale of the broken heart of God. He longs for His people to recognize  their waywardness and turn back to Him with their whole hearts – filled with sincere gratitude and  faithfulness.

As the story unfolds, we see the countless times He tries to draw His people back to Him in love and faithfulness. Alas, they still kept doing things their own way, with idolatrous hearts, rejecting His ongoing mercy and grace.

In His anger, God pronounces various judgements on those who keep turning away from Him. However, because of His character, we see how He repeatedly forgives and woos them back to repentance. He covers and protects them with His relentless love.

THE REDEEMING LOVE OF GOD’S INVITATION

This is the magnificent declaration that is ours in and through Christ! God, the faithful husband of perfect character, chose you and me (despite our wayward ways), to  become His beloved bride.

In those days, an adulterous woman’s punishment would have been death by stoning. Instead, God has chosen to betroth Himself to us with an everlasting Covenant. He covers our sin with the righteousness of Christ.

Lord, your unconditional steadfast love is immeasurable and unfathomable! Help us to embrace all that You are and all that You offer us with all our hearts, dear Abba. We long to love you as you deserve to be loved. Keep wooing us we pray!