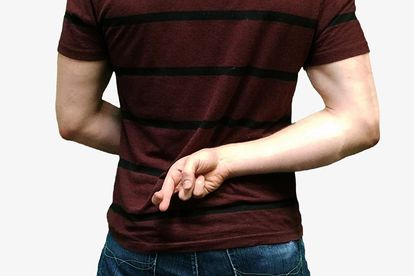 “Is your word not like a fire, and like a hammer that breaks a rock in pieces”? (Jeremiah 23:29). Send forth your Word – your Truth – to heal, restore, redeem, and deliver us. Photo: PIXABAY

“Is your word not like a fire, and like a hammer that breaks a rock in pieces”? (Jeremiah 23:29). Send forth your Word – your Truth – to heal, restore, redeem, and deliver us. Photo: PIXABAY

Throughout God’s word, we see that Satan works through DECEPTION, DISTRACTION and DESTRUCTION! Right from the beginning, we learn that Eve was deceived (Genesis 3:13) all the way through to the end, we learn that all nations have been deceived (Revelation 18:23).

We can see through all the world’s media today, that his deception is rapidly growing, where that which is TRUE according to God’s word, is being represented as a LIE and vice versa.

Sadly, when one is living in deception, you truly and honestly believe that you are correct and are  doing the right thing, when in fact you aren’t! It is the subtilty of the enemy’s deceit.

How to spot deception

Satan is described as a roaring lion, seeking whom he may devour (1 Peter 5:8). His aim is to use  both pain and pleasure to keep us blind, ignorant, and miserable forever.

He is described as the “ruler of this world” and the “god of this age” who has blinded the minds of unbelievers, so that they cannot see the light of the glory of Christ (2 Corinthians 4:4)

Throughout the world, people are willingly following the ruler of the kingdom of the air, as sons of  disobedience (Ephesians 2:2), thus marching obliviously to destruction, and convincing others to do  the same.

We must not be unaware of his schemes, or Satan might outwit us (2 Corinthians 2:11).

Tactics to use against Satan

Firstly, though these scriptures warn us against the power of the enemy of our souls, we need to be reminded that Satan will not win, and that God is the ultimate victor (as described in Revelations).

In fact, He is so much more powerful than Satan, that in Revelation 20: 1-3, we read that God sent an angel to seize Satan, bind him for 1000 years and throw him into the Abyss.

Did you see that?

God did not have to fight Satan head-on, nor did He even need an archangel to assist – He merely sent one of His angels to do it!

I have come to understand that there is a flimsy veil between the natural and the supernatural world, where we live between the now and the not yet – between light and darkness, between  Satan’s kingdom and God’s Kingdom.

We need to ask God to help us “FLICK THE SWITCH”, so that His light floods in, dispelling all darkness; revealing Satan’s disguise and distractions, thereby releasing us into all truth.

We need to pray that the veil is removed (just like the veil in the temple was torn in 2 when Jesus  cried “IT IS FINISHED” on the cross), so that we have eyes that FULLY see and ears that FULLY hear what His Spirit is saying to the Church, Christ’s Bride.

ALSO READ: The outcry for transformation toward JUSTICE

Only then will we truly be able to:

• Recognise the power and authority that God has already given us

• Repent of our wrong thinking/victim spirit

• Resist the devil standing firm in the faith

God is the great general of His army. May the eyes of our heart’s be enlightened so that we fight the good fight of faith (1 Tim 6:12). Like Daniel, may we recognise the war going on in the heavens,  yet all the while being convinced that Satan’s complete defeat is guaranteed.

Let us together take a stand for truth, line up our words and actions with His word, and keep ourselves accountable to one another, so that we can be overcomers in the Kingdom of our God.

Father, we ask that you:

Give us courage to speak the truth,

Give us grace to speak the truth in love, and

Give us wisdom to know the difference.

“Is your word not like a fire, and like a hammer that breaks a rock in pieces”? (Jeremiah 23:29). Send forth your Word – your Truth – to heal, restore, redeem, and deliver us we pray. In Jesus name,