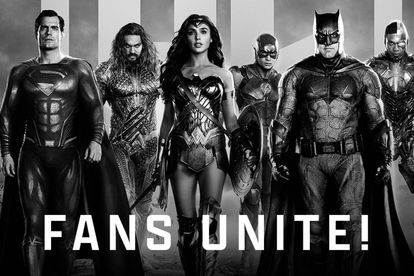 The release of Zack Snyder’s Justice League has been the most talked-about event in the world of superhero movies since the social media campaign to #ReleaseTheSnyderCut was created.

The four-part Snyder showcase is set to premiere internationally on Thursday 18 March on HBO Max. Fans outside the United States have been told to check their local listings for availability.

Unfortunately, fans in South Africa were left wanting after details of the film’s release did not include any local dates. While Zack Snyder himself has been critical of the studio’s international distribution plans, not much has been done to rectify the situation locally.

But all hope may not be lost as a couple of local Snyder fans have created an online campaign. After being the only media outlet in South Africa to gain early access to screeners for Zack Snyder’s Justice League, Fortress of Solitude editor-in-chief Jarrod Saunders and Podcast host Sergio Pereira decided to start a social media campaign encouraging local cinemas and/or broadcasters to air the four-part film.

Speaking to The South African about their decision to start the petition, Saunders said:

“After reviewing the film and sharing our thoughts on social media, DCEU fans across South Africa approached us with questions regarding how they can watch the film locally. We contacted Warner Bros but they confirmed that there are currently no plans for the film to be shown in the country — at least not theatrically.

“We also contacted Showmax, who are responsible for bringing most of HBO’s shows and movies to South Africa. Unfortunately, they weren’t able to confirm that the film would be available on their platform either.”

The two sensed how frustrated local fans were with the lack of options available to watch The Snyder Cut and so they started the online campaign to bring this dilemma to the attention of DStv, Showmax, Ster-Kinekor and Nu Metro.

“We would love for the film to be shown at the IMAX or Scene Xtreme,” Saunders said. “The second prize is if it’s available on a popular local streaming network.”

Fans urged to use #ZSJLSouthAfrica hashtag

Fortress of Solitude believes that the fans can make this happen. While there is no formal petition to sign, the site encourages people to use the #ZSJLSouthAfrica hashtag on social media when sharing their pleas to bring Zack Snyder’s Justice League to South Africa.

At the time of writing, DC Universe Infinite reported that Zack Snyder’s Justice League had been announced for Google Play and Vodacom in South Africa. Other than that official confirmation has been lacking.

Zack Snyder’s Justice League takes place after the death of Superman. The story follows Bruce Wayne as he enlists the help of his newfound ally, Diana Prince, to face an even greater enemy. Together, Batman and Wonder Woman find and recruit a team of heroes to protect the world from Steppenwolf and his army of Parademons – who seek the three Mother Boxes.

ALSO READ: ‘Superman’ reboot in the works: Here’s everything you need to know