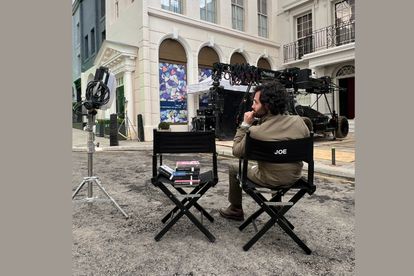 Production for ‘You’ season four is underway. Image via Twitter @netflix.

Production for ‘You’ season four is underway. Image via Twitter @netflix.

Production for Netflix’s You season four is underway in London and the streaming platform has announced some of the cast members to expect.

ALL WE KNOW ABOUT ‘YOU’ SEASON FOUR

Netflix pleasantly surprised fans by announcing that You has been renewed for a season four before season three released on 15 October. Season three of the series saw Joe Goldberg, played by Penn Badgley, try to make his marriage with Love Quinn, played by Victoria Pedretti, work as they welcomed a son together.

However, the toxic love between the pair ended in dead bodies. This season Joe has left the town of Madre Linda. This came as a surprise to fans who thought season four would be filmed in Paris because of the ending of season three. Joe was seen heading to Paris to find Marienne at the end of the season three but it seems he is not staying for long.

“Joe’s back for a bloody good time in You Season 4! But, judging from this reading material, it doesn’t look like Paris will be the next scene of the crime,” tweeted Netflix.

WHO WILL BE STARING IN THE NETFLIX SERIES?

Tati Gabrielle will be reprising her role as Mariette in You season four. So, who else will be joining the series?

Charlotte Ritchie will be joining the series as the new leading lady, Kate.

“Kate is smart, independent, suspicious, and misses nothing. She is fiercely loyal to her friends, a brick wall to everyone else. The daughter of a chaotic, bohemian single mother, Kate worked hard to create the life she now leads. She’s an art gallery director whose job means managing tempestuous artists,” according to The Tab.

So, who else do you need to know?