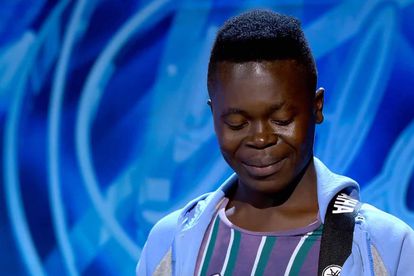 Limpopo musician Vhudi Mamphwe has won many fans after his Idols SA audition of the song Yoki Yoki went viral on social media on Sunday 16 August.

In fact, his song YokiYoki has already earned him a sponsorship and a possible musical collaboration.

The 20-year-old from Venda auditioned with a song he wrote himself and had three of the four reality television show judges singing along to his song.

Singer-songwriter and producer Tresor Riziki is one artist who is already keen to work with Mamphwe.

Riziki, an award-winning and platinum-selling artist, is licensed to Universal Music Group under his own label VII Recordings. He produced songs such as Never Let Me Go, Sondela and Riziki.

The Venda musician himself has also tweeted his gratitude.

Social media is how it starts

Of course, social media has helped many aspiring artists.

For example, Mlindoh the Vocalist reached out on social media to help find a young man with an amazing voice after he had seen a video which went viral.

Mphelo is now going to do a soundtrack for The Score, an upcoming drama series on Mzansi Magic (DStv 161) produced by Black Brain Pictures. He also will feature on Mlindoh the Vocalist’s album and get a chance to do his own album.

Mphelo was due to have an interview with presenter Mo Flava on Metro FM’s #TheMorningFlava. Later, he was also scheduled to appear with DJ Sbu on Massiv Metro, an online radio station.

The role of social media

And the huge role of social media to help the needy should also not be underestimated.

For example, a young dancer from the township of Umlazi also made a video which went viral. Fans shared and re-shared his moves on Twitter.

MaLacoste, as he is popularly known, said he was dancing so that he could change his situation at home.

Social media later learnt that MaLacoste lived in a shack with his unemployed mother.

This led to several people crowd-funding to buy groceries for his family, while others offered to buy building materials and performed various acts of kindness.

MaLacoste also got a chance to perform with Babes Wodumo and MaMpintsha on the Fact Durban Rocks stage on the virtual Durban July weekend.

Whether it is Yoki Yoki exploding on a reality show, a passionate dancer making moves on a bigger stage or Mlindoh tracking down Mphelo, there is one thing in common. These success stories indeed show the power of social media today.