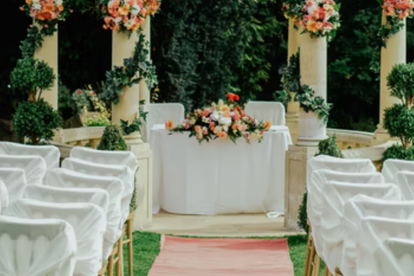 This groom isn’t taking any nonsense. Image via Unsplash

This groom isn’t taking any nonsense. Image via Unsplash

A disgruntled groom recently headed to Reddit where he shared how he was forced to kick all the ladies from his side of the family out of his wedding after they all wore white dresses to prank his wife-to-be. According to his post, he had forewarned them but they still went ahead with the prank which neither he nor the bride found amusing.

Groom stands up against his toxic family

One groom has left internet users both shook and impressed after he shared how he stood up for his bride-to-be by stopping all of the women from his side of the family after they showed up to the wedding one by one wearing white dresses.

According to his post, this was part of a series of cruel pranks the women do on new additions to the family to test whether or not they will fit in with the rest of the women in the family – something the groom does not agree with at all.

“I have a large family. Mostly aunts and female cousins aside from mom, stepmom, stepsister and grandmother. I don’t know how to say this but all those women I mentioned above are into teasing and joking. They’ve formed a unit (which I admit is kind of toxic) and they’d tease and roast every new woman that enters the family by marriage by setting up “tests” to see if they deserve to be part of the family.” he explains.

“My wedding was 2 weeks ago. There was talk about the women in the family wanting to pull a prank on my wife by wearing white and called it the “ultimate test” to see how my wife react. My brother warned me so I announced that if anyone of them showed up in white I’d have them kicked out including mom.

ALSO READ: Revenge of the wedding photographer after groom refuses her a break

“They said this wasn’t true and they’d never do such thing. But they showed up to my wedding one by one wearing white dresses and each an every one of them was told to leave after they tried giving excuses by either making scenes or getting the men involved,” reads his Reddit post.

Many people wrote that he was definitely not the a**hole and commended him for standing up for his wife and telling his toxic family where to get off. One user with the handle @wannabyte said:

“NTA – your family is toxic and I am so sad for your wife that they would do that, but also so happy for her that she has a husband who will support her and have her back. I’m sorry your family tried to hijack your wedding for a power play, but you did the right thing, and your marriage will be stronger because of it.”

ALSO READ: Woman wins R474k lawsuit against groom after she slipped at wedding!