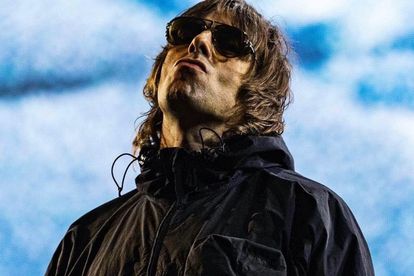 Liam Gallagher has split his nose open after he fell out of a helicopter on Friday night (17 September) The 48-year-old rocker has been left battered and bruised after he accidentally took a tumble out of the rotorcraft and plunged to the ground following his headline set at the Isle of Wight Festival, held at Seaclose Park, in Newport.

Taking to his Twitter account, the Wall of Glass hitmaker uploaded a photograph of his bandaged hooter and wrote:

Fans were quick to check in on the former Oasis singer, with one wishing him a “speedy recovery” and another asking him how he managed to fall out of a helicopter and escape with just a gash on his nose and a split lip, to which Liam replied: “Who knows?”

When a follower questioned how far he’d fallen, Liam joked:

The Now That I’ve Found You singer even teased that his bloody snout will feature on the cover of his next album.

“Got the cover shot for Nxt album c’mon you nose LG x” he tweeted.

Just before he shared the state of his face with his fans, Liam was clearly thinking about how lucky he was to escape relatively unscathed.

“Life is precious let’s make it happen I’m not messing about we only get to do it once I’m coming in a mess I’m going out in style c’mon you know I have no time for balloon Balloon knots,” he wrote.

He also thanked his fans who watched him perform on the main stage at the Isle of Wight Festival, branding the crowd “bonkers.”

“Isle of white you were bonkers I love you stay safe and remember it’s not where your from it’s how many coronas you can have while eating mushy peas LG x” he penned.