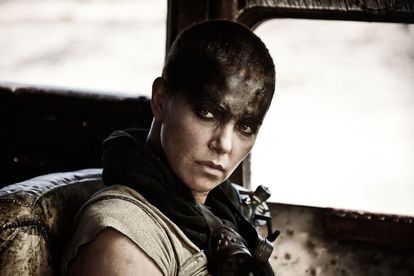 Hollywood is filled with women who are dominating the small and big screens every year. To celebrate the stellar female talent in the film and television industry, here are seven actresses who are turning “hit like a girl” into a compliment.

Mad Max: Fury Road follows Imperator Furiosa (played by South African-born actress Charlize Theron) who leads the ruler’s five wives in a daring escape and forms an alliance with Max Rockatansky (played by Tom Hardy), a loner and former captive. Furiosa and Max both try to outrun the ruthless warlord and his henchman in a high-speed chase through the Wasteland.

The Oscar-award-winning film was shot in Namibia and at the Cape Town Film Studios. The New York Times referred to the film as “a modern action classic”.

MARGOT ROBBIE IN ‘BIRDS OF PREY’

Birds of Prey stars American actress Margot Robbie who plays the colourful Harley Quinn, one of DC Entertainment’s most loved superheroes. After going her separate ways with the Joker, Harley Quinn teams up with Black Canary, Huntress and Renee Montoya to save a young girl from an evil crime lord.

In its four-star review, The Observer hailed Birds of Prey as “the movie equivalent of a fairground ride with all the bolts loosened and the safety booklet blazed long ago when someone ran out of Rizlas.”

Wonder Woman 1984 fast forwards to the 1980s as the powerful superhero faces two new enemies, Max Lord (played by Pedro Pascal) and The Cheetah (Kristen Wig). Israeli actress Gal Gadot returns as Wonder Woman and has been praised for her incredible performance.

QUEEN LATIFAH IN ‘THE EQUALIZER’

Oscar-nominated actress Queen Latifah was nominated for a 2022 Critics Choice Super Award for Best Actress in an Action Series for her role in The Equalizer. The series reimagines the classic 1980s series and the 2014 blockbuster movie of the same name. The American actress was also nominated for a People’s Choice Award for her performance as Robyn McCall, a single mother and former CIA operative.

The series, which was already been renewed for a third and fourth season, was named Best Show by The African American Film Critics Association in 2021.

American actress Maggie Q was nominated for a 2022 Critics Choice Super Award for her role as Anna in The Protégé. The Hollywood star plays a contract killer who was rescued as a child by legendary assassin Moody (played by Samuel L Jackson).

When Moody is brutally murdered, Anna set out to avenge the man who taught her everything she knows about life.

Gunpowder Milkshake is about three generations of women who fight back against those who would have taken everything from them. Karen Gillian, best known for her roles in Avengers: Endgame and Guardians of the Galaxy, was nominated at the Critics Choice Super Awards for Best Action Actress as Sam.