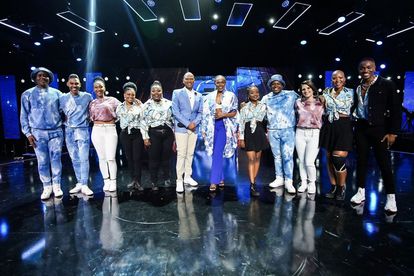 Season 17 of Idols SA is getting tougher and tougher and only one contestant will be the winner at the end. Sunday’s episode of Idols SA was full of drama, lots of energy and disappointment for a few as the top 16 became the top 10.

Last night’s episode of Idols SA was unlike any other this season. Several superstar artists graced the Idols SA stage and the show opened with a performance by songstress Boohle and producer Busta 929. The two performed their collaboration, Amawaza.

THE COMPETITION HEATS UP

Randall Abrahams shared that he felt the top 10 rounds of Idols SA statistically has the most impact, he also highlighted that falling out of the competition at the top three stages is a hard pill to swallow because of all the hard work that has been put into growing as an artist.

“The thing to bear in mind is that no matter how far you go, if you’ve made it to the top 16 you can still go on to work hard and focus on your career,” said Abrahams.

Unathi Nkayi shared that she feels the toughest moment of Idols SA is falling out of the competition in the top 16 rounds.

The next episode of Idols SA will be a live show on Sunday 18 September and will feature performances from the top 10 contestants. There will be no eliminations in this show.