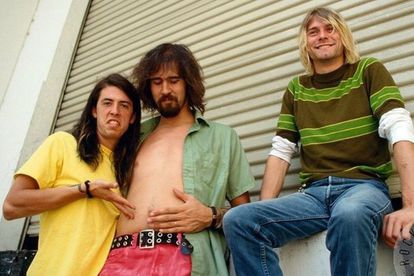 Nirvana is one of those bands that you have to mention when speaking about legendary grunge bands. In celebration of the 30th anniversary of their album Nevermind, the BBC will air a 60-minute documentary looking back on the band’s visits to the UK on 24 September.

‘WHEN NIRVANA CAME TO BRITAIN’

The documentary, When Nirvana Came To Britain, will feature unseen footage of the band’s visits to the United Kingdom between 1991 and 1994.

The documentary will open with a look at Nirvana’s inaugural tour where they played a show at Newcastle River in 1989. When Nirvana Came To Britain will also feature footage of the band they captured themselves.

The documentary will feature singer-songwriter and drummer for the legendary grunge band, Dave Grohl, as well as the band’s bassist Krist Novoselic.

DAVE GROHL ON TOURING THE UK

Speaking about the band touring the UK, Foo Fighters frontman Dave Grohl mentioned that the UK responded to Nirvana better than the United States.

“After touring the UK I remember going back to America to the same bars and clubs were we were playing to 99 people…150 people… it was definitely not like it was in the UK. It really is like a second home.”

Krist Novoselic described the UK as “a different world”.

When Nirvana Came To Britain will air on 24 September, the same day Nevermind was released 30 years ago.

Spencer Elden is the baby who appeared on Nirvana’s Nevermind album cover. Elden filed a lawsuit against the band claiming that the image of him on the album cover is “sexually exploitative.”

In the lawsuit he claims that his family was only given $200 (R3 000) for the photograph. Elden also claims that he has suffered lifelong consequences, one being emotional distress.

He notes that he has attempted to reach out to the band’s drummer Dave Grohl but his attempt was unsuccessful.