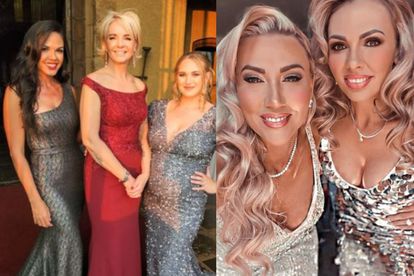 WHEN AND WHERE TO WATCH THE ‘REAL HOUSEWIVES VAN PRETORIA’

The Real Housewives van Pretoria (RHOPTA) is the first Afrikaans version of the international reality series. The series airs on KykNet, channel 144 every Thursday at 20:00.

“It is a privilege to bring the famous international Real Housewives franchise to kykNET. The fact that this series is set in Pretoria rather than Lagos or Cape Town was always going to require us to approach it differently than the other Real Housewives shows produced around the world,” said Waldimar Pelser, director of the kykNET channels in a statement.

“We want to showcase a group of strong Afrikaans women from Pretoria who play big roles in their families and communities, and of course also bring the pizzazz that Real Housewives is known for. These women live large and know the beautiful things in life. This is a rare chance to get to know them intimately, and walk in their shoes,” continued Pelser.

HIGHLIGHT FROM THE LATEST EPISODE

The highlight of the latest episode of RHOPTA was Mel Viljoen’s comment on Kiki La Coco’s charity. Kiki and her husband Malcolm sat down with Mel Viljoen and her friend at the charity event. The couple then ask Mel how much she will be donating.