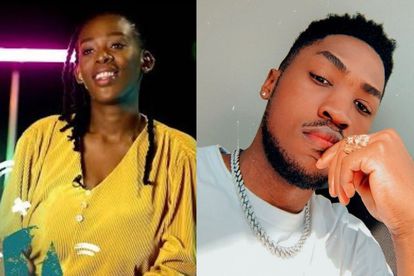 What you need to know about the two new #BBMzansi housemates – Nthabii and Vyno Miller. Images via YouTube @MzansiMagic and Twitter @Siphesihle_

What you need to know about the two new #BBMzansi housemates – Nthabii and Vyno Miller. Images via YouTube @MzansiMagic and Twitter @Siphesihle_

The two new housemates are set to shake things up and viewers are looking forward to the drama.

ALSO READ: Here are the most popular ‘Big Brother Mzansi’ housemates so far

NO EVICTION: QV EXITED THE SHOW

This was a surprise twist as fans of the reality show expected an eviction last night (30 January) .

The show also trended on Twitter when Makhadzi opened with her fiery song – Yellow Bone.

27-year-old Nthabii is an athlete who describes herself as a loud and outgoing person.

She is competitive and adds that she’s a fearless person who does anything she wants and doesn’t let anything or anyone stand in her way.

“I’m loud. I don’t think it’s my worst trait, but a lot of people find it annoying.”

She’s loves drinking and unwinding with friends or sitting with her colouring books when she’s not busy.

WHO IS VYNO MILLER?

Vyno Miller is a 25-year-old musician from Midrand and has worked with Mzansi’s top DJ – DJ Maphorisa and spends most of his time on the road between performances.

He regards himself as a good listener and adds that sometimes people take advantage of his nature.

“I can be too nice.” He also says that he can be “surprisingly funny” when he’s comfortable and that he is “actually very smart”.

Tulz chose Libo and Acacia to share the privileges and the other housemates shared the communal bedroom.

Housemates that were in the spotlight last week were Acarcia who sort of confessed her crush on BU and Terry who was complaining about Dinky all week.

The housemates voted for Mvelo, Norman, Gash1, Themba, and Acacia to be evicted on Sunday and were disappointed when none of them went home..

‘The Daily Show’: Here’s who may be replacing Trevor Noah

Mashaba: The biggest losers are the residents of Joburg