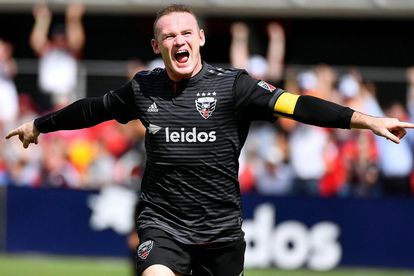 Wayne Rooney is one of those names in football that you just have to know. He has played for four English football teams but it was his time in Manchester United that cemented his place as a powerful centre-forward. In a new documentary, fans will see Rooney open up about the difficult periods of his life and address some of the biggest stories that hit the front pages of newspapers over the years.

‘I WANT PEOPLE TO HAVE A BETTER UNDERSTANDING OF ME’

The 35-year-old spoke deeply about what he wants people to take away from the documentary titled Rooney. At the documentary’s launch in London, the Derby County manager mentioned he wants to be honest and touch on everything that has happened in his life.

“If I do it and I am not honest or I don’t speak about things it wouldn’t be real, so it was about me coming out and people seeing me and my family for who we are and not what is being portrayed of us as a family.”

“I want people to have a better understanding of me as a person really. Throughout a young sportsperson’s life, they go through difficult periods and there is a lot of me talking about moments where I was really down, I didn’t want to be around anyone.”

Carrying the #10 jersey for Manchester United and captaining the English national team took a toll on Wayne Rooney’s mental health. He mentioned that he was seeing someone at the time for his mental health.

“They will get a real insight about what was going on in my head,” said England’s top goal scorer.

ALSO READ: Wayne Rooney says what everyone else is thinking: Bin VAR!

Wayne Rooney’s wife and mother-of-four Coleen will also make an appearance in the documentary, speaking deeply about the images that surfaced earlier this year of her husband asleep in a room with three women.

“I made a mistake,” said Rooney about the incident.

“I went to a private party with two of my friends and from me, I’d like to apologise to my family and the club for the images which were going round and I want to move forward on this.”

In the documentary’s trailer, Coleen notes that she had forgiven the retired footballer but said it certainly wasn’t acceptable.

“I knew groups Wayne was hanging around with – together with alcohol – not good.”

Rooney is set to premiere on Amazon Prime Video early next year.