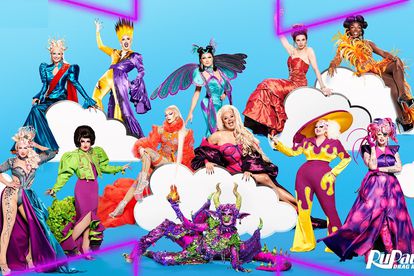 RuPaul’s Drag Race UK returns for a third season of the popular spinoff, and the competing queens have been revealed.

With a cast of 12 of the most talented drag queens in the United Kingdom set to compete for the crown, competition to be crowned the UK’s next drag superstar will be fierce.

This season features returning queen Veronica Green, who was forced to withdraw from season two after testing positive for COVID-19 when filming resumed.

“My name is Victoria Scone and I am a camp, Cardiff, cabaret, disco diva, with a lot of spunk.

“Me being here is political but you can just have fun with it. That’s why I started. I just wanted to entertain people and that’s what we’re going to do! Drag can just be fun!

“I love what drag allows me to do. I feel like I can get away with absolutely anything when I’m Victoria. I love drag. I love the entertainment side of it; the escapism, the nightlife, the family. I love that it is a safe queer space.”

“I’m hoping that as I’m not a newbie, the second time around will give me an advantage. I’m having the time of my life all over again. I love it!

“I’ve proved that I’m a heavy weight contender. The judges described me as a triple threat on series two, and I’ve already won a badge. I’ve kept it in a box on my window sill at home so that I wake up to it every morning.”

“I am competitive. I believe if you put your mind to it, and you put the blood, sweat and tears, and the hard work and dedication behind it, you can be somebody! But that doesn’t mean you have to take other people down to get there.

“I can serve looks, do comedy, sing and dance. I dance like no-one else. I give it spice, with me you’re going to catch some twerking, hair flips, splits, dips, kicks, dips, trips. I just go, go, go! Oooh girl, we’re gonna have a good ol’ time!”

“Scarlett is a beautiful woman, with movie star looks. She’s a glamorous diva and when she talks she’s a proper mouthy, cheeky cockney. She’s like Danny Dyer in drag!

“I’m really proud of my roots and I embrace my working class and cockney heritage in my drag. I was born and raised in East London, I am EastEnders personified! I’m real, I’m the best thing to come out the Isle of Dogs since… Henry VIII!

“I’m influenced by funny, powerful women. I know I’m only 26, but inside, I’m an old codger! I love the old school divas – Joan Rivers, Barbara Streisand and Shirley Bassey are just a few of my inspirations and I love British, female comedy.”

“Hello sweeties! My name is River Medway. My drag is camp, feel good and shallow. It’s not that deep! Don’t take it too seriously, babe.

“I’m from Medway in Kent. This is not what you’d see normally walking down the street in Medway. But it’s home! I love it. Because there’s so little drag in Kent, there’s no specific style. And because of that it’s allowed me to do what I want. And here I am – a beautiful butterfly!

“The idea that young queer people might be watching this show – I want them to look at me and know they can do this. I needed that when I was growing up. As much as I want to win, knowing that alone is the best gift.”

“My drag sisters call me the flying squirrel on stage. I’m literally chaos, play the track and I’m darting about, high kicks, flips, cartwheels. Everything! I am a blur! I may only be 19, but I’m an unexpected surprise. My drag is refined and polished. I’m the full package.

“I’m a perfectionist. I’m never fully satisfied. It sounds bad but it’s worked in my favour, and I’d probably say my greatest strength is my motivation – I always keep going.

“Kitty is all singing, all dancing. She’s the life and soul of any party and always very funny. I know every queen says that, but there ain’t no party if Kitty’s not there darlin’. Come and have a camp old time with me!

“I am the future of British drag. I am silly and camp and have everything that old school drag was, but I have the modern edge. I’m the whole package.”

“I’m the drag Beast from the East. I’m like a Desperate Housewife of Dagenham. A yummy mummy – a bit garish, a bit classy, a bit Essex-y. I’m very sarcastic and dry.

“As a trained actor and dancer, with a long West End career behind me, I am a very experienced performer.

“I’m bringing all the skills that I’ve gained for the last 14 years. This competition is testing everything I’ve ever learned. In the short time that I’ve been doing drag, I’ve really pushed myself. I don’t do things by halves.”

“Elektra is death defying, electrifying and just up for a good time. I love to shock people with my killer dance moves . I’m playful. I’m fun. I’m the Pocket Rocket of drag.

“I am inspired by northern warrior-women like Bet Lynch and Jane McDonald – hence my obsession with leopard print.

“I’m a trained dancer. I was trained in ballet, freestyle, disco, ballroom, Latin and I can pole dance too.”

“I’ve got a reputation for really outlandish crazy looks. I like to play on the darkness in beauty, break beauty stereotypes and create a fantasy from another dimension. My name comes from my ability to craft stuff on a very low budget and transform the grotesque to glamorous and maybe be both at the same time.

“My drag is not entry level. At a Charity Kase show, you can expect shock, horror, gore, glamour and maybe a little bit of vomit! You have never seen anything like me, here before.

“I’ve performed in Tokyo, New York, Boston and most of Europe. I just love what I do and I wouldn’t wish to spend my time doing anything else. It’s my life.”

“Hola, I’m Choriza May. I’m Spanish living in Newcastle, and so I am Newcastle’s spiciest, meatiest and silliest sausage.

“As an immigrant queen, I’m someone with a slightly different background to the other queens in the competition, but my drag was born in the UK. There are millions of European immigrants in the UK, and I’m so happy to be representing them as drag queen of the immigrants.

“Apart from the weather, Valencia and Newcastle have a lot in common. In Spain people are tanned and in Newcastle everyone is tanned too! Ok, it’s fake, but it kind of feels the same.

“I’m passionate and unique, and I bring a bit of fresh air to the competition.”

“My drag is campy and wacky. It’s silly and rather fun. From an Anubis show, you can expect lots of chaos. I might do some gymnastics, live vocals, lots of jazz and musical theatre. It’s a camp old time, truly.

“I chose the name Anubis because I wanted something that referenced my Egyptian heritage. My dad was Egyptian and when he passed away about three years ago, I wanted a name that paid homage to him – Anubis is the Egyptian god of the afterlife. It’s my tribute to him.

“I’d say my greatest strength is my voice. I have a four octave range and I know how to hold a room and perform.”