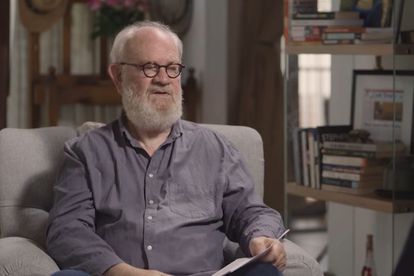 In the new kykNET series ‘Waarheid met Max’, the veteran journalist Max du Preez will be talking to five journalists and one whistle blower about state capture and crime in South Africa. Image: kykNET/Facebook

In the new kykNET series ‘Waarheid met Max’, the veteran journalist Max du Preez will be talking to five journalists and one whistle blower about state capture and crime in South Africa. Image: kykNET/Facebook

Over the last couple of years, South Africa’s investigative journalists wrote about corruption, great wealth, underhanded dealings, whistle blowers, and mobsters that not only filled the media but ended up being best-selling books as well.

In the new kykNET series, Waarheid met Max, the veteran journalist Max du Preez talks to five journalists and one whistle blower from the comfort of their own homes, to offer viewers a glimpse of who they are as people and get an idea of why they’ve chosen this risky career.

Waarheid met Max will ultimately consist of six episodes. In the first episode, Max – a journalist himself and author of A Rumour of Spring – visits Jacques Pauw, writer of the sensational book The President’s Keepers. Jacques, who started the newspaper Vrye Weekblad with Max in the late 1980s, wrote about the creation and functioning of a “shadow mafia state” created by and surrounding former president Zuma.

Max told The South African that there might be special interest in this particular episode about Pauw due to the success of his book, and because he is about to publish a follow-up book. However, choosing a favorite episode is hard:

Johann van Loggerenberg is Max’s guest in the second epsiode. He worked at SARS and is the writer of Rogue (2016), Death and Taxes (2017), Tobacco Wars (2019) and Cop under Cover. The journalist Pieter-Louis Myburgh is up next when he discusses his book Gangster State about the former Free State premier Ace Magashule, and in the fourth episode, Pieter du Toit talks about his book The Stellenbosch Mafia and the mighty men of this beautiful town.

Caryn Dolley and her book To the Wolves, where she looked at bad cops and politicians and the impact organised crime has on South African society, is the topic in the fifth episode. In the last episode, Max talks to Anneliese Burgess about Heist, her book on cash-in-transit heists in South Africa.

Max said that he is excited for viewers to watch Waarheid met Max as most thinking South Africans value the contribution of “our small, brave band of investigative journalists”

Their conversations were far from dull and heavy, while Max made it his job to make investigative journalism accessible to a TV audience.

How to LIVE STREAM Kaizer Chiefs vs SuperSport match!

Itumeleng Khune on Kaizer Chiefs’ poor form: ‘This thing is affecting me badly’

The Springboks key to victory on Saturday night is clear