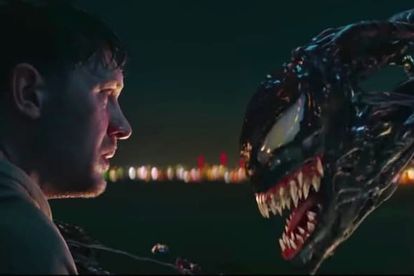 The trailer to the Venom 2 – Let There Be Carnage horror superhero film, based on the Marvel Comics character Venom, has officially been released by Sony on 10 May. Have a look:

Marvel fans have their say

With the first Venom film leaving fans hungry for more, this trailer could not have come sooner. Some die-hard Marvel fans have taken to Twitter to share their opinions on the trailer.

About ‘Venom – Let There Be Carnage’

Venom – Let There Be Carnage is directed by Andy Serkis and sees the return of not only Tom Hardy, but also Woody Harrelson, Reid Scott and Michelle Williams.

The screenplay is by the British screenwriter Kelly Marcel, who is best known for writing the screenplays for Fifty Shades of Grey, as well as Saving Mr Banks.

The sequel to this popular horror superhero film has a lot in store for viewers if one goes by the trailer: Marvel Comics character Carnage has arrived, there are references to the Avengers and Carnage’s love interest, Shriek, will all feature in Venom 2.

The release of Venom 2 has been long anticipated after the announcement that there would be a sequel to this popular Marvel universe film. The reviews after the first action-packed film left film critics and Marvel fans alike hoping to get some answers to the questions the first Venom film posed.

Luckily Venom 2 – Let There Be Carnage will be hitting the big screens as well as streaming platforms in September 2021.

Turkey-Syria earthquakes: What has happened