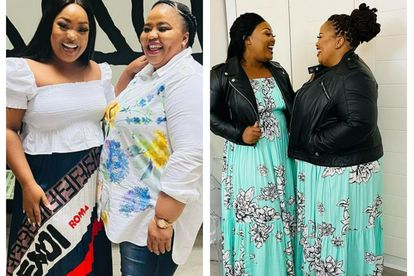 Speaking to the publication, MaKhumalo said that the show is not for couples that are not married or atleast on that route.

“For example if we are dealing with financial issue, we will bring a finance expert to try and resolve that issue,” she explained.

Fans of Uthando Nesthembu will remember that the Mseleku wives had a show with SABC 1 with Igumbi lamakhosikazi where they helped couples with relationship problems. MaKhumalo says the format of the two shows is different.

ALSO READ: ‘Uthando Nesthembu’: Everything to know about ‘Wife No 5’ drama

DIFFERENCE BETWEEN THE TWO SHOWS

“The format is very different because in some instances, we will actually visit the families of these couples and interview everyone who’s involved. This means we will not just take their problem and run with it. So we will actually do background checks and verify each and every detail on the couples,” she said.

Thereafter we will meet and host the couples. This means viewers at home will get to see the couples and our experts. Our aim is to be as transparent as much as possible,” she explained.

“The purpose of this show is to bring back the moral fibre to society. Our kids are broken merely because our own families are bleeding. But if we can fix our homes, our society can be healed,” the publication quoted her saying.

Viral Video: Cute little girl pretends to be a mannequin