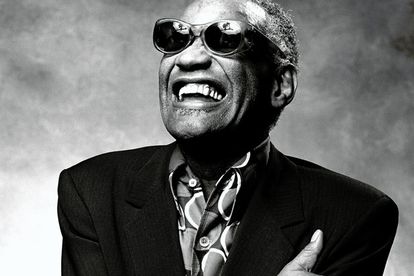 I’ve Got a Woman, Georgia On My Mind and Hallelujah, I Love Her. These are just three songs from jazz legend Ray Charles Robinson Sr or simply just, Ray Charles. 23 September 2021 would’ve been Ray Charles’ 91st birthday and to celebrate, Tangerine Records has released True Genius, a limited edition box set of Charles’s music.

ALSO READ: Here we go again! This is why ABBA is such a big deal [watch]

It is reported that Ray Charles had lost his sight at seven years old and doctors had suggested that it was due to juvenile glaucoma which is quite rare and can only be diagnosed from three years old.

Losing his sight did not come in Charles’ way of becoming a musician. He excelled at his craft and was a spectacular piano player and singer.

At 18, he relocated to Seattle in Washington State and started a band with his friends Gossie McKee and Milton S Garett called the McSon Trio. As the McSon Trio became popular, Ray Charles began to wear sunglasses at their performances.

Ray Charles had his keyboard marked with braille stickers. One of his keyboards, the Yamaha KX88 is held in the Smithsonian National Museum of American History in Washington.

True Genius, the limited edition box set released by Tangerine Records has 90 songs on it and is available on all streaming platforms.

True Genius also includes eight unreleased songs that were recorded in Stockholm in 1972.

President of the Ray Charles Foundation, Valeri Ervin said: “We’re extremely proud to present this collection, which maps the breadth and depth of Ray Charles’ music, presented in chronological order so the listener can enjoy Ray on his journey through the most expansive and creative period of his legendary career.”

Ervin also mentioned that she is thrilled that all his music will be available on streaming services for the first time so that everyone can enjoy Ray Charles’s music.

Charles died at 73 years old in June 2004. He died at his home in Beverly Hills, California from liver failure.

Two months after his death, his album, Genius Loves Company was released and it won eight Grammy awards in 2005, including album of the year.

Actor and musician Jamie Foxx played Ray Charles in the biographical film about the jazz legend titled Ray. The album had an all-star lineup including Kerry Washington, Terrance Howard and Regina King.

Jamie Foxx walked away with the best actor in a leading role award at the Academy Awards in 2005.