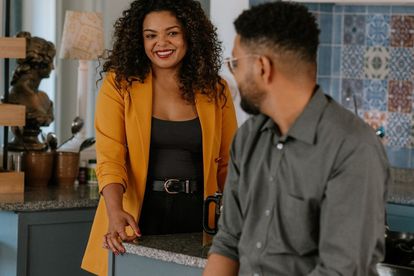 Jessica, Luca and Abi have returned for a new season of Troukoors is now available to binge on Showmax. Season one of the romantic comedy is set to premiere on kykNet (DStv Channel 148) on Sunday 15 May at 20:00.

ALSO READ: What’s on Showmax? 10 international series to stream in May [watch]

Troukoors follows three best friends, wedding planner Jessica, her sister Luca and her best friend Abi. In the second season of this “sexy comedy”, Jessica is still in a relationship with the tasty chef, Liam.

SAFTA-winning actress Monique Rockman is on the series as Yolandie, a waitress at Jakes and Edwin van der Walt stars as one of Liam’s friends.

Other additions to the new season include Ilse Klink, Kevin Smith and Melt Sieberhagen.

Troukoors has received exceptional reviews from local film and television critics. Of the new season, TVPlus says the viewer will “feel a bit like someone dropped you in glitter” after watching the season.

“It’s the perfect after-party for season one, with everyone coming together like a beautifully lawyered wedding cake: light, but substantial enough to fill you up; sweet with an unexpected zing in the twists that leaves a lingering aftertaste.

“You will wish there was more, even though the ending is spot-on.”