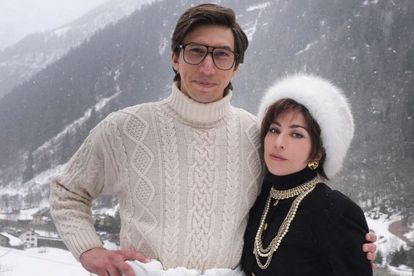 House of Gucci is set for a cinema release on 24 November.

WHAT TO EXPECT FROM ‘HOUSE OF GUCCI’

“House of Gucci is inspired by the shocking true story of the family empire behind the Italian fashion house of Gucci. Spanning three decades of love, betrayal, decadence, revenge, and ultimately murder, we see what a name means, what it’s worth, and how far a family will go for control,” according to Metro-Goldwyn-Mayer Studios.

ALSO READ: SA’s new streaming platform: What you need to know about BritBox

BASED ON A BOOK BY SARA GAY FORDEN

House of Gucci is based on a book by Sara Gay Forden titled The House of Gucci: A Sensational Story of Murder, Madness, Glamour, and Greed, which was published in 2000. The story is written by Becky Johnston and screenplay by Becly Johnston and Roberto Bentivegna.

“I think this was a story where life is stranger than fiction. And I often thought if I had tried to write a novel and put all these elements in, nobody would have found it believable,” said Forden to GQ.

“The story was just so sad. The company was going down, and Maurizio was forced out, and then he was murdered. And it was this story of angst and tragedy. But it wasn’t until Tom Ford took off, and he had his wild collection in 1995, and then the company came back with a vengeance. It was like this rise and fall, and the rise again,” she continued.