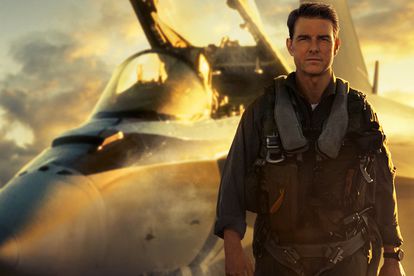 The box-office success of ‘Top Gun: Maverick’ has exceeded that of ‘Black Panther’. Image: Paramount Pictures

The box-office success of ‘Top Gun: Maverick’ has exceeded that of ‘Black Panther’. Image: Paramount Pictures

Maverick, a sequel to the movie 1986 classic Top Gun, is 2022’s most successful movie to date, grossing $1.5 billion to date. Maverick’s wild success has sparked something of an Oscars buzz as critics predict the feature film will be an Academy favourite.

CEO of Paramount Pictures, Brian Robbins, describes the film as a “true cultural touchstone embodying the power of the cinematic experience”.

“As we celebrate this enormous achievement and the film’s massive impact, we want to extend our gratitude to Tom Cruise, our filmmakers and cast, Paramount’s marketing and distribution teams, and the legions of both new and longtime ‘Top Gun’ fans who keep turning out to enjoy this remarkable movie.”

In Top Gun: Maverick, Cruise returns as the iconic character, Pete “Maverick” Mitchell, who now has more than 30 years of service under his belt as one of the Navy’s top aviators. Maverick finds himself training a detachment of Top Gun US Navy graduates for a specialised mission like no pilot has ever seen.

The Risky Business actor is estimated to net more than $100 million from the movie  (R1.7 billion) including his salary, ticket sales and his share of streaming revenue.

Sales for the box-office hit shot up over the past weekend, which coincided with Labour Day, a major American public holiday which has seen revellers flocking to cinemas over the weekend, adding $7.9 million to the film’s revenue.